Home Lifestyle Art Review: Out of the Dark, Temptation Abounds in ‘The Ticket’ 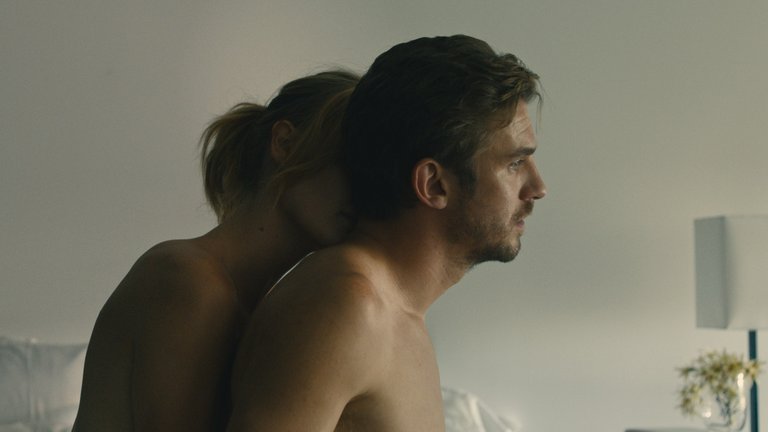 Dan Stevens and Kerry Bishé in “The Ticket.”

There are some gnarly questions — of faith, love and self-worth, for starters — at the heart of “The Ticket,” if only its makers had chosen to address them. Instead, this unquestionably adult drama about a blind man who can suddenly see unfolds with an emotional sophistication that far outstrips its narrative nerve.

For perhaps the first time, James (an exceptional Dan Stevens) is experiencing temptation. The shrinking of a pituitary tumor has restored the sight he lost as a teenager, and he’s less than happy with what he sees. On a quest to upgrade his home, his job (as a mortgage-refinancing drone), and his wife (the gorgeous Malin Akerman, here reverse-engineered to look homely), James becomes the epitome of soulless ambition.

“You don’t want to lose control,” he tells his wife when she balks at his newly unilateral decision-making. An image makeover and an affair with a sexy co-worker (Kerry Bishé) accompany his corporate ascent, but it’s his psychological torment that the director, Ido Fluk, is most eager to plumb, and he does so with captivating sensuousness.

For a while, this makes “The Ticket” a fascinating character study expressed through whispered conversations and flickering light and shade. Its emotions — like the jealousy of James’s blind best friend (Oliver Platt) — feel brutally honest, as does its understanding of the allure of being desired without being pitied.

Yet the script is incapable of penetrating the moral thicket that the actors and the cinematographer, Zachary Galler, have so carefully woven. Ambiguities are hacked away, until what’s left feels more like a salute to karma than like a candid reckoning with a gift that’s as much curse as miracle.