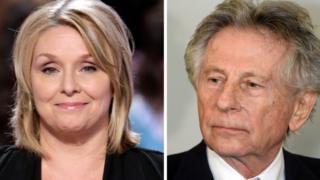 A woman who was raped by the film director Roman Polanski when she was 13 years old has asked a Los Angeles court to end the case against him.

“I would implore you to do this for me, out of mercy for myself,” Samantha Geimer told the court.

Ms Geimer had previously said she had forgiven the filmmaker for the 40-year-old assault.

Polanski admitted statutory rape and served 42 days in prison, but later fled the US.

The Oscar-winning director left over concern his plea bargain deal would be scrapped.

“I am not speaking on behalf of Roman, but justice,” she said on Friday. “I implore you to consider to resolve this matter without incarcerating an 83-year-old man.”

The court hearing in Los Angeles is aimed at getting access to plea deal testimony from the 1970s, according to Mr Polanksi’s lawyer Harland Braun.

He would use this to persuade European authorities to rescind an international arrest warrant against Polanski.

Los Angeles Superior Court Judge Scott Gordon said he would take the request under consideration and did not issue an immediate ruling.

Polanski was rearrested in Switzerland in 2009 and spent months in prison and under house arrest before being released.

Polish courts and the Swiss authorities have rejected requests for him to be extradited to the US.

Polanski is a citizen of Poland and of France.