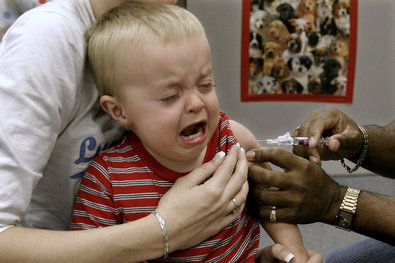 An outbreak of measles in Manhattan showed that even doctors had overlooked the disease as childhood vaccination became widespread. But over the last decade more people have objected to immunization. Along with the religious exemptions that almost all states allow, 19 states allow exemptions for philosophical reasons.

But are broader outbreaks like those in Britain evidence that parents should no longer be allowed to get any exemption from having their children immunized?