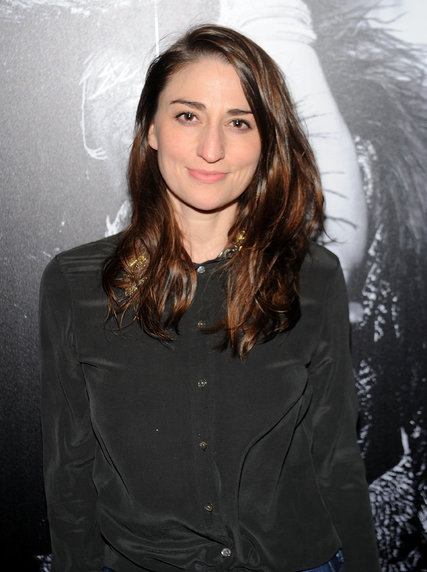 Sara Bareilles, whose score for “Waitress” was nominated for a Tony Award last year, will succeed Jessie Mueller in the lead role.

She wrote the songs. Now she’s going to sing them.

Sara Bareilles is planning to step into the lead role of “Waitress,” the hit Broadway musical for which she composed the music and wrote the lyrics.

“It’s something I’ve been quietly mulling over since the show began,” Ms. Bareilles said.

“So I’m making the big jump, and it feels like a completion of sorts, a coming full circle with this project,” she added. “When I started working on it, I didn’t know how fully it would engulf me and my creative sensibilities. I’m obviously having a hard time saying goodbye.”

Ms. Bareilles’s move, from the world of composing to performing on Broadway, is unusual but not unprecedented. Among the pop stars who appeared in Broadway shows for which they composed music are Sting (“The Last Ship”), Boy George (“Taboo”) and Billy Joe Armstrong (“American Idiot”).

To ease her transition from touring to theater, she’s consulted with two other singers who’ve recently made the leap: Josh Groban, a pop singer currently starring in “Natasha, Pierre & the Great Comet of 1812,” and Jennifer Nettles, a country singer who played Roxie Hart in “Chicago” on Broadway for two months in 2015.

“Waitress,” adapted from a 2007 film by Adrienne Shelly, is about a waitress (named Jenna Hunterson) who is gifted at baking pies but feels trapped in an unhappy marriage. The show has been a hit on Broadway — the producers announced last month that they had recouped the musical’s $12 million cost. Ms. Bareilles’s score was nominated for a Tony Award last year.

Ms. Bareilles acted as an adolescent in school and community theater productions in Northern California; she appeared in shows including “Charlotte’s Web,” “The Mystery of Edwin Drood,” “Little Shop of Horrors” and “Quilters.”

“That’s how I got introduced to performance, and then I started singing in choirs and writing my own music,” she said. “To me this feels like a very holistic return to where I started, even though it’s been a really long time.”

Ms. Bareilles has command of the songs, obviously — she has been singing the 11 o’clock number, “She Used to Be Mine,” on tour. But she said that she will have to work on acting — she has hired an acting coach, and is planning to spend a month in rehearsals — and on her physical stamina to do eight shows a week. As a start, she said she is trying to go to the gym more often.

She still hopes to release a new album before the end of this year, but said, “I wanted to explore my relationship with this show while I’m as close to it as I’ll ever be.”