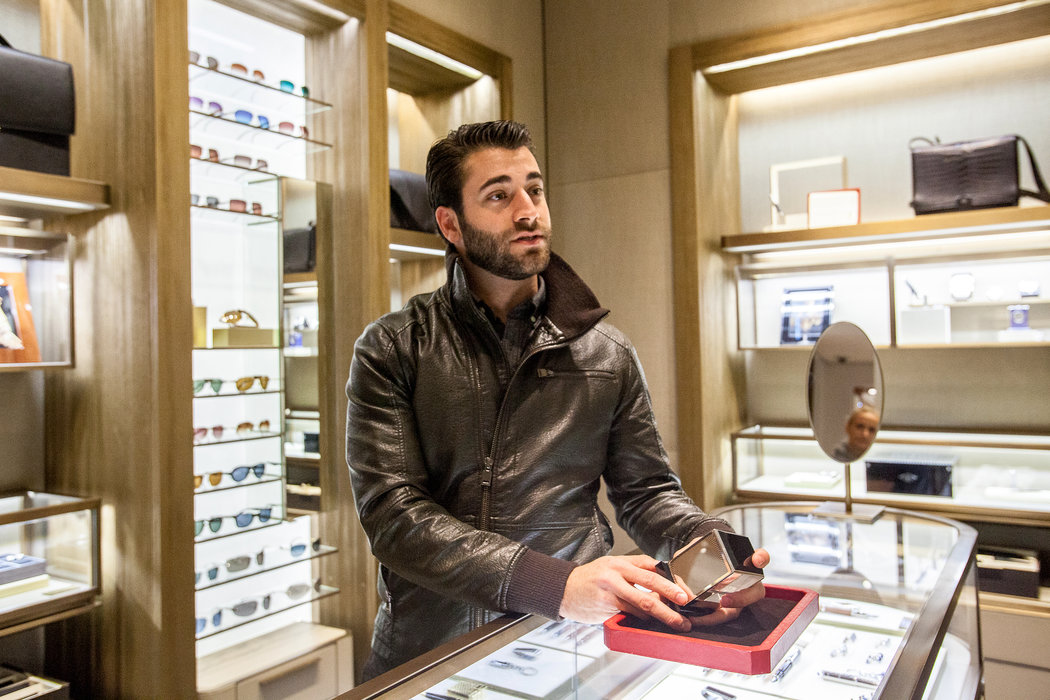 Daylight saving time begins at 2 a.m. on Sunday, and in the spirit of springing forward, the interior designer Antonino Buzzetta, 30, went looking for stylish bedside clocks.

Because many people now use their phones as alarm clocks, he pointed out, bedside clocks don’t have to be as utilitarian as they once were. “Generic alarm clocks are boring,” he said. “And the light that comes out of them drives me crazy at night.”

A clock “should be more of an objet — something chic, maybe vintage,” he added. “There should be some art to it, some thought.”

Cartier had several options that met his requirements, including the exceptional prism clock, which came with an equally exceptional price tag: more than $40,000.

“The craftsmanship is impeccable,” Mr. Buzzetta said. “And I like the engineering: They put the dial on the bottom, and it is reflected on mirrored glass. The illusion is intriguing.”

And as for the price? “It feels like you’re holding $40,000,” he said, reluctantly relinquishing it.

Online, he found a considerably less expensive option: the RabLabs Cele clock, made of a slice of agate. “I love stones, crystals and gems,” he said, and “this is a sculptural object that would look great on your night stand, as opposed to a piece of plastic.”

And the QwlockTwo Touch received high marks for its deceptive simplicity. “It’s fantastic how they are able to figure out how to arrange the letters in those columns so they spell everything out,” Mr. Buzzetta said. “That’s a complex layout, but when you look at it, it seems so simple in its design.”

An added bonus, he noted, was the light it emits: bright enough to read the time in the dark, but not so bright as to disrupt your sleep.

Another good option for the light-averse, he suggested, was the Kikkerland block clock, an “unobtrusive” plain wood block that doesn’t show the time unless you clap. “If it’s on a stack of books on your night stand or desktop,” Mr. Buzzetta said, “you don’t know what it is.”

But would you really be willing to clap whenever you needed to check the time, something that calls up images of the much-parodied commercials for the Clapper?

Mr. Buzzetta paused and then answered decisively: “I would clap.”