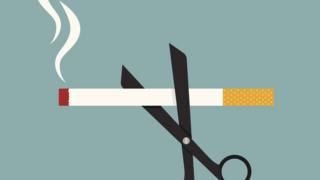 Smoking could be banned in some new council homes in a bid to protect the health of children, a UK public health expert has said.

Under the proposals, tenants would be asked to sign an agreement not to light up inside their home.

President of the Faculty of Public Health, Prof John Middleton, says some councils and housing associations are already exploring the smoke-free housing idea.

How would it work?

According to the professor, the agreement would be voluntary rather than mandatory, although it would be part of the tenancy contract for new family housing.

He says there would be tenants who would prefer to live in a non-smoking block, particularly if they have children.

Second-hand smoke harms children’s lungs and has been linked to an increased risk of cot death in babies.

Who would it apply to?

It would be up to social landlords and housing associations to set the rules. Anyone living in the smoke-free building who signed up would then need to abide by the arrangements.

It will means no-one can smoke inside or within 25 feet of the homes.

Does smoke-free make a difference?

Policymakers think so, although it can be difficult to measure the full impact.

A ban on smoking in public places, including restaurants and bars, was introduced in England in 2007.

The government then commissioned a review of the evidence on the impact of the law in England. This was carried out by Prof Linda Bauld from the University of Stirling and the UK Centre for Tobacco Control Studies.

Prof Bauld’s report, published in 2011, concluded there had been “benefits for health” as well as changes in attitudes and behaviour, with more people looking to cut down on or quit smoking.

According to the charity Action on Smoking and Health (ASH), the majority of people who live in social housing in the UK do not smoke and many of those who do already act responsibly and take their smoke outside.

A spokeswoman said: “Blanket bans are unlikely to be the answer but it would be great to see social landlords thinking strategically about how they can support healthier environments around smoking.

“Looking at new housing and setting some aside for smoke-free tenancies seems like a sensible suggestion and it would be great to see landlords adopt this as part of a wider approach.”

“Not only would it be a gross invasion of privacy, it would penalise unfairly those who can’t afford to buy their own homes.

“How would the policy be enforced? It could create a snooper’s charter allowing people to snitch on neighbours, especially those they don’t get on with. Children might inadvertently give their parents away, resulting in possible eviction.

“It’s not second-hand smoke that’s making people’s lives a misery. It’s puritanical bodies like the Faculty of Public Health who, having campaigned to ban smoking in every pub and club in the country, are now trying to dictate how people behave in their own private space as well.”