It’s the end of the year, which means a lot of parties that can end in sloppiness and chagrin. For us, it means jotting down what culture mattered this year and talking about that. We invited four pals to join us on Still Processing to talk about what they jotted: Bill Simmons, the chief executive of The Ringer and host of the “Bill Simmons Podcast”; Ezra Edelman, director of the documentary “O.J.: Made in America,” the movie Wesley thinks is the best of 2016; and Tracy Clayton and Heben Nigatu, who host the podcast “Another Round.” Their lists are published below, but their energy and explanations you have to hear for yourself. Next week, we’ll share our own lists.

5. #OscarsSoWhite: “Old, white people vote for the Oscars. What the hell do people expect?” 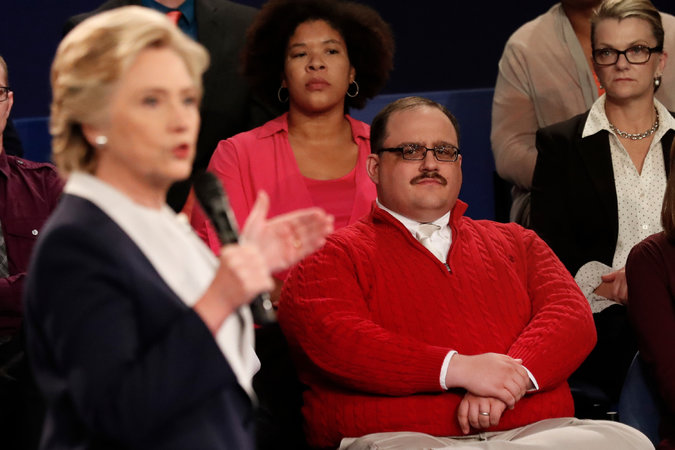 Ken Bone. He’s in all our lives now.

1. Game 7 of the World Series (and the Cubs in general): “This isn’t even my team. But it made me realize the purity and the responsibility of being a fan.”

2. “Stranger Things”: “That brought me joy, watching that.”

3. Steph Curry and the Warriors: “The apex of being a basketball fan was watching this team play.”

1. Beyoncé, “Lemonade”: “To see so many brown women together was such a treat.”

1. Beyoncé, “Lemonade”: “I just love to remind people that Beyoncé is a black-ass Southern woman and she wants you to know that.”

3. “Black Mirror”: “It gave me something else to worry about.”

6. Heben’s Return to “Another Round”: “It was like flyin’ back home for the holidays.”

How do I listen? Two ways

From a desktop or laptop, you can listen by pressing play on the button above.

Or if you’re on a mobile device, the instructions below will help you find and subscribe to the series.

On your iPhone or iPad:

1. Open your podcast app. It’s a pre-loaded app called “Podcasts” with a purple icon. (This link may help.)

2. Search for the series. Tap on the “search” magnifying glass icon at the bottom of the screen, type in “Still Processing” and select it from the list of results.

3. Subscribe. Once on the series page, tap on the “subscribe” button to have new episodes sent to your phone free. You may want to adjust your notifications to be alerted when a new episode arrives.

4. Or just sample. If you would rather listen to an episode or two before deciding to subscribe, tap on the episode title from the list on the series page. If you have an internet connection, you’ll be able to stream the episode.

On your Android phone or tablet:

1. Open your podcast app. It’s a pre-loaded app called “Play Music” with an orange-and-yellow icon. (This link may help.)

2. Search for the series. Click on the magnifying glass icon at the top of the screen, search for “Still Processing” and select it from the list of results. You may have to scroll down to find the “Podcasts” search results.

4. Or just sample. If you would rather listen to an episode or two before deciding to subscribe, click on the episode title from the list on the series page. If you have an internet connection, you’ll be able to stream the episode.