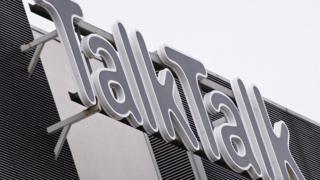 The communications firm suffered the data breach in 2015

A teenager who admitted seven hacking offences connected to the TalkTalk data breach has been given a rehabilitation order and had his iPhone taken off him.

The 17-year-old boy, who cannot be named because of his age, was sentenced at Norwich Youth Court.

The communications firm suffered the data breach in 2015, when email addresses and bank details were taken.

The court previously heard he had used hacking tool software to identify vulnerabilities on target websites.

More on this and other stories from Norfolk

During November’s hearing, where he admitted the offences, he told magistrates: “I was just showing off to my mates”.

After giving him a 12-month rehabilitation order, chairman of the bench Jean Bonnick told him: “Your IT skills will always be there – just use them legally in the future.”

When officers from the Metropolitan Police seized computers from his home in Norwich, they found he had been using hacking tools against a number of different websites including those of Manchester University and Cambridge University Library.

Two of the seven offences he was charged with related to TalkTalk, whose website was targeted more than 14,000 times after the boy exposed a vulnerability.

The firm said the fallout from the cyber attack had cost it £42m.