Q. Microsoft seems to update Windows 10 constantly and it results in computer freezes and other issues for me. If I wanted to switch, is there a real advantage to Apple software as opposed to Microsoft?

A. System software updates — and upgrade problems — are not a Windows-only issue. Apple has rolled out system upgrades that have caused disruptions for Mac users when certain hardware and software stopped working reliably, sending upset users to online support forums and tech-help sites. Subsequent system updates often fix problems, but outdated driver software and programs incompatible with the new system software can hinder any platform. 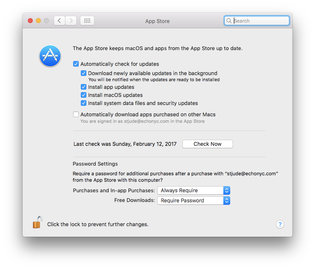 Like Windows, the Mac operating system can automatically download software updates, but it gives you a few options on when to install them.

Some users have accused Microsoft of being overly aggressive in pushing out Windows 10 system upgrades and software updates to computers, especially when the updates caused problems — like knocking out internet connections. Apple’s settings for its Mac operating system include an option to automatically download major system upgrades, but asks first before installing them. You can also stop updates from downloading automatically. (The settings that control Mac OS and app updates can be found under the Apple menu in the App Store area.)

Beyond transferring your files from a PC to a Mac, switching operating systems is a big step. Along with the new hardware, you will have to get Mac versions of the programs installed on your hard drive. Web-based apps and services usually work the same, but you may find quirks between the platforms.

Companies update their systems to keep on top of security and performance issues, introduce new features, and phase out aging code. Regardless of the operating system you use, keeping it up-to-date generally keeps your data safer, but maintaining a regular backup of your Windows or Mac system in case an update goes wrong can provide a little peace of mind as well.