Q. In regard to parental supervision, which mobile platform is best for a child’s first smartphone — Android or iOS?

A. When choosing a smartphone for your child, factor in the amount of parental control you want to have over the device, and the types of phones already used by other family members. Cost and flexibility may also be considerations. Before making a decision, it may be useful to have a chat with the child about what the phone will be used for — and how to behave with it.

The online Parent Tech Guide describes the differences between Google’s Android system and Apple’s iOS software. The site highlights Android’s looser control over what app developers can do, but notes the greater number of versatile third-party parental control apps available; some versions of Android support user profiles that can be somewhat restricted. In comparison, Apple generally keeps a tighter grip over its iOS system and the apps that run on it, although additional device management software can also be downloaded. 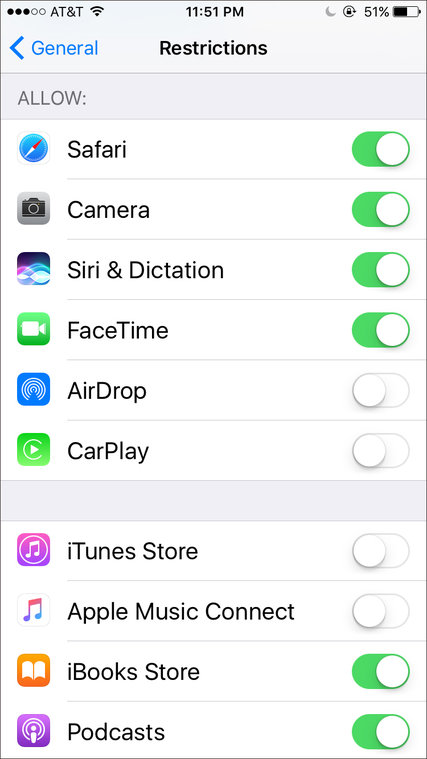 Apple’s restrictions settings for iOS not only block access to the App Store (and certain types of content), but also control built-in apps, features and settings on the iPhone.

Google includes parental controls for its Google Play Store. Apple’s restrictions settings for iOS not only block access to the App Store (and certain types of content), but also control built-in apps, features and settings on the iPhone. In a phone-to-phone comparison late last year, the Tech Fix column found iOS superior to Android for overall parental controls.

Over the years, Apple’s more strictly curated App Store has had fewer problems with malware and privacy-invading apps, but the gap has closed and both companies have stepped up defenses to keep children from running up the credit card bill with unsupervised in-app purchases. The Google Play Family Library and Apple’s Family Sharing tools for iOS allow family members to manage and share digital content purchased from their respective online stores.

Both Android and iOS include built-in device tracking for locating the phone on a map.

Android is an open-source operating system that has been adapted by many manufacturers to run on their own hardware, which can mean cheaper phone but a less consistent user experience. Apple makes its own hardware and software for its mobile gadgets (as well as for its laptop and desktop computers), so its products tend to work well together. The company also has its own trade-in program that may be useful when the child is ready for an upgrade; iPhones have traditionally had a better resale value than their Android counterparts.

For many parents, buying that first phone for a child is the easy part, but there are plenty of resources online for dealing with the social and safety aspects of smartphone ownership. For example, the Common Sense Media site has a “Cell Phone Parenting” section with a collection of articles to help parents manage their children’s smartphones. Connect Safely, a nonprofit technology education organization, has a helpful nine-page PDF called “A Parent’s Guide to Mobile Phones” that offers advice and tips for those getting ready to take the plunge.