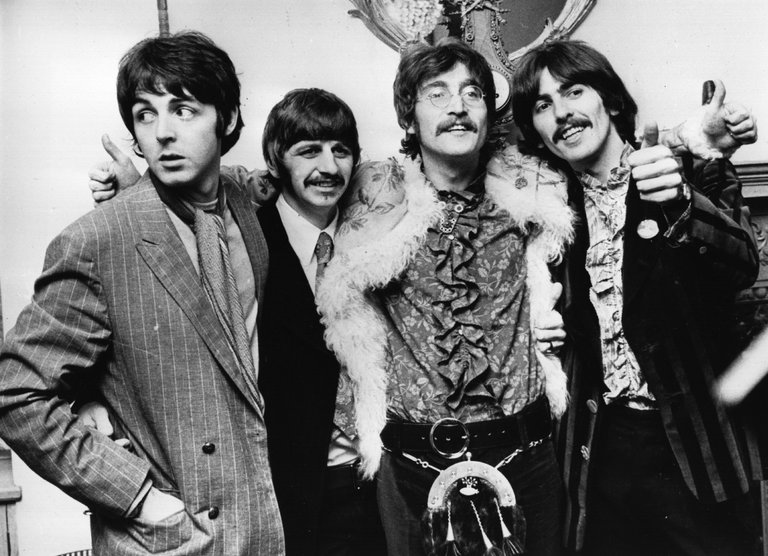 The Beatles at a May 1967 news conference about the completion of “Sgt Pepper’s Lonely Hearts Club Band.” This new set is the first time a Beatles album has been remixed and expanded since 2003.

For its 50th anniversary this year, the Beatles’ “Sgt. Pepper’s Lonely Hearts Club Band,” one of the most influential and acclaimed albums of all time, is getting a spruced-up reissue.

The 1967 LP, home to hits like “Lucy in the Sky With Diamonds,” “With a Little Help From My Friends” and “A Day in the Life,” has been recently remixed in stereo and 5.1 surround audio — sourced from the original four-track session tapes — by Sam Okell and Giles Martin, son of the Beatles producer George Martin. The reissue, which was completed with a team of audio restoration specialists at Abbey Road Studios in London, will be released on May 26 in four increasingly expanded packages for all manner of Beatles completists.

The “Sgt. Pepper’s” set is the first time a Beatles album has been remixed and expanded since “Let It Be… Naked” in 2003. The half-century milestone will also be celebrated in the band’s native Liverpool, where 13 cross-disciplinary art commissions — one for each song on the album — have been scheduled for May and June.

Among the bonus goodies coming next month are a deluxe edition, on CD or vinyl, featuring previously unreleased complete takes of all 13 songs on the album, plus rare versions of “Penny Lane” and “Strawberry Fields Forever,” the two singles from early 1967 that preceded the album’s release that June. The super-deluxe version is a six-disc box set including the new album mix; 33 additional recordings from the “Sgt. Pepper’s” sessions; and a 144-page hardcover book about the album with an introduction from Paul McCartney and Giles Martin, among other additions.

“It’s crazy to think that 50 years later we are looking back on this project with such fondness and a little bit of amazement at how four guys, a great producer and his engineers could make such a lasting piece of art,” Mr. McCartney wrote. Ringo Starr added: “‘Sgt. Pepper’ seemed to capture the mood of that year, and it also allowed a lot of other people to kick off from there and to really go for it.”

Not everyone was on board with the album originally. In June 1967, the pop critic Richard Goldstein wrote in The New York Times about the expectations faced by the Beatles following “Revolver” in 1966: “Hailed as progenitors of a Pop avant-garde, they have been idolized as the most creative members of their generation. The pressure to create an album that is complex, profound and innovative must have been staggering.”

In his view, the band fell short. “The sound is a pastiche of dissonance and lushness,” Mr. Goldstein wrote. “The mood is mellow, even nostalgic.”

“But, like the cover, the overall effect is busy, hip and cluttered,” he continued, calling the future classic “an album of special effects, dazzling but ultimately fraudulent.”