Home Entertainment ‘The Dark Tower’: What You Need to Know 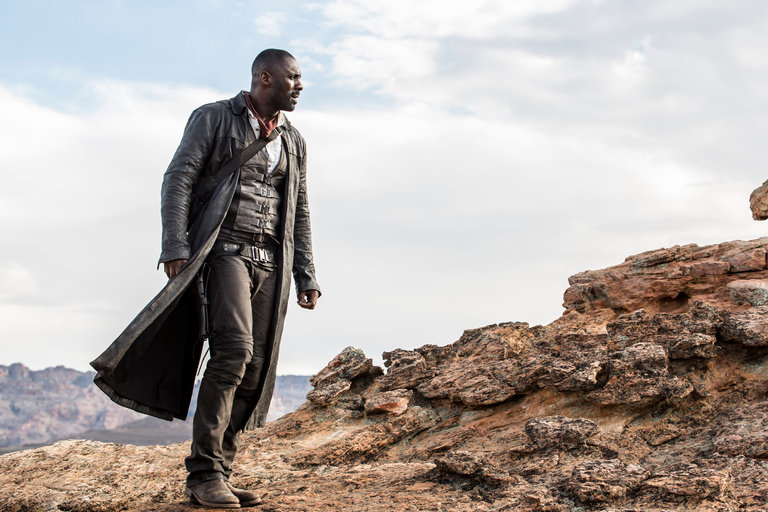 Idris Elba in “The Dark Tower,” due in August.

It would be tempting to say Hollywood is once again in the Stephen King business but for the fact that it has never left it. In the four decades since the release of “Carrie,” there have been dozens of movie and television adaptations of his novels and short stories. This year alone, we will see the evil clown-centric movie “It,” the bondage-gone-wrong Netflix film “Gerald’s Game,” a Spike TV series based on the monster-insect novella “The Mist” and “The Dark Tower.”

Oh, “The Dark Tower.” What many loyal readers of Mr. King see as the magnum opus of his career has had a tortuous road to the big screen. The film, due Aug. 4 after several delays, stars Idris Elba and Matthew McConaughey and is directed by Nikolaj Arcel, whose last film was the 18th-century Danish drama “A Royal Affair.”

What is ‘The Dark Tower’?

It’s a sprawling series of seven novels written between 1982 and 2004. (An eighth interstitial novel was released in 2012.) The first four books were published every four to six years. But after Mr. King was hit by a minivan in 1999 and almost died, he decided to finish the saga lest another accident finish the job. The final three books were published in 2003 and 2004.

Characters from the “Dark Tower” books have frequently appeared in other stories by Mr. King (one of the series villains is also the main antagonist of “The Stand”), and vice versa, effectively making the series the backbone of the author’s oeuvre. Mr. King himself also makes an appearance in the novels, which still comes as a surprise even if you know about it beforehand.

O.K., but what is it actually about?

It is an epic tale about Roland Deschain, a “gunslinger” (think a medieval knight, but with the outward trappings of an American cowboy) who lives in a place called Mid-World, which runs parallel to our own. In that world is a giant black tower that serves as the center of all universes, including our own. But Mid-World has begun to fall apart and, in an effort to save it, Roland must pursue both a bad guy who dresses all in black and the Tower itself.

In the film, Mr. Elba plays Roland and Mr. McConaughey plays Walter O’Dim, a.k.a. the Man in Black. They are able to cross back and forth between their world and modern-day Earth, where they encounter Jake Chambers (the newcomer Tom Taylor), a boy who has been having visions of Mid-World.

So it’s a western? a fantasy?

Both! It’s also a sci-fi story and a horror story. There are evil wizards and crystal balls, people who come back to life and vampires and creatures with animal heads who wear human faces. It’s a lot. Mr. King incorporated as many genre elements as possible, and it makes for a fun, though not easy to categorize, experience.

This is still a little confusing. Should I read any of the books beforehand?

Feel free. You should be aware, though, that the film is not a straight adaptation. Rather, it seems to be some combination of the first novel (“The Gunslinger”) and the third (“The Waste Lands”), while also incorporating significant story points from the last book. Reading all seven novels would also mean plowing through nearly 4,000 pages. So there’s that.

There are so many Stephen King movies. Why hasn’t someone tried to make this one before?

Someone has. Several someones. It was initially set to be adapted by the “Lost” collaborators Carlton Cuse, Damon Lindelof and J. J. Abrams. Then in 2010, Ron Howard, Akiva Goldsman and Brian Grazer — the trio behind “The Da Vinci Code,” among other films — decided to try their hands with a plan to make three movies with Universal starring Javier Bardem as Roland as well as several television seasons that would bridge the story between films. That deal fell apart a year later. But the team found a new studio (Sony) and a new star (Mr. Elba). And while the film’s release date has been twice delayed (from February to July to August), footage screened in April at the annual CinemaCon convention proved that, at the least, Mr. Elba looks tremendous in a leather duster.