Home Business The Eyes of San Francisco in a Texas Courtroom: The Sequel 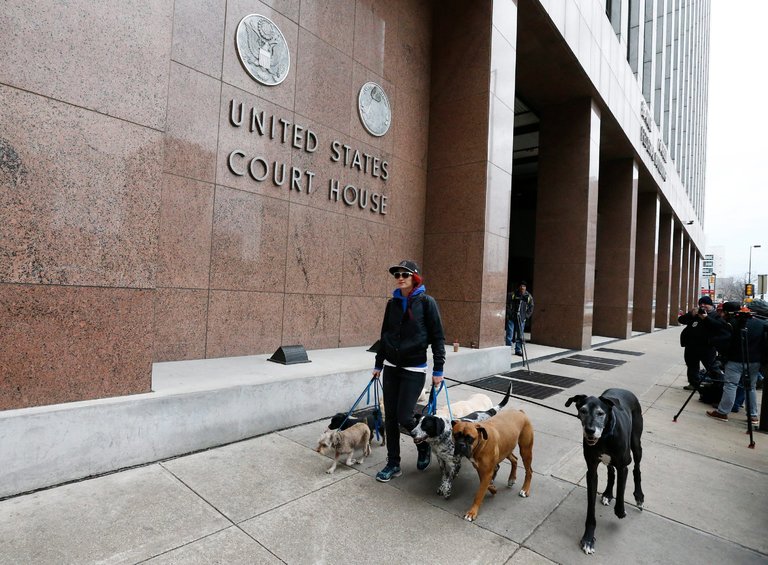 The courthouse in Dallas where Mark Zuckerberg, the Facebook C.E.O., testified in January.

A few weeks after a security officer nearly booted him from a federal courthouse in Dallas for live-tweeting Mark Zuckerberg’s testimony there, Mike Isaac, a technology reporter at The Times, got an unexpected message on LinkedIn.

It was from David Travis, the very officer who had threatened to eject him.

Mr. Isaac, in the aftermath of the trial in January, had written a story detailing his experience in court and addressing what he saw as a thorny issue: that technology had outpaced many of the legal system’s rules on courtroom reporting.

(Mr. Isaac described Mr. Travis as a “stern, six-foot tall retired United States Marshal, built like a brick house and with little time for pleasantries” — not necessarily a flattering description.)

Mr. Travis, it turns out, had read the article. And he loved it.

“When I saw his notification pop up, I was expecting to get beaten up,” Mr. Isaac recalled. “Or at least to get a verbal drubbing.”

Instead, what he got was glowing praise. Mr. Isaac’s story, Mr. Travis wrote, had circulated throughout the courthouse in Dallas and had informed a conversation there about policies regarding journalists’ use of more up-to-date technologies.

Rules regarding more traditional reporting tools are often black and white; notepads, for example, are generally safe in any courtroom. But when it comes to digital reporting in particular, Mr. Isaac had written, even broad definitions of what to permit are difficult to come by. In the Northern District of Texas, for example, the judge presiding over a given proceeding makes decisions about the use of electronic devices on a case-by-case basis.

Courtroom rules, Mr. Isaac concluded, that draw distinctions between taking handwritten notes, posting messages on Twitter and typing notes on a computer (among other methods) are, at best, “fluid and flexible.” At worst, they’re “ignorant to the demands of the present.”

That may be changing. In a high-profile case that was about to begin in another court, Mr. Travis told Mr. Isaac, a judge decided to allow journalists to use electronic devices and to post messages on Twitter. Photographs and recordings, however, would still be prohibited.

While the news did not represent a major policy shift, Mr. Isaac said, the note from Mr. Travis was totally unanticipated — and for a tech reporter unaccustomed to courtroom reporting, rather thrilling.

“The thing that worked for us here, I think, is that I’m a tech reporter, not a court reporter,” Mr. Isaac said. “I had no idea how the rules worked, so I didn’t know I was breaking them.”

Indeed, after reading his story, seasoned courtroom reporters had written to him, playfully goading him for his naïveté about the rules governing the intersection of the often technologically forward-thinking world of the reporter and the sometimes antiquated, restrictive realm of the courthouse.

“It was cool,” Mr. Isaac said, “that this dumb tech reporter who didn’t know any of the policies tumbled into the courtroom and created a big Twitterstorm.”

“And it was funny, too,” he added, “because all these federal court reporters laughed at me and said, ‘Oh, here comes the tech reporter, finally realizing what reporters like us have had to deal with for years.’”

Mr. Isaac has since returned to San Francisco, where his reporting has refocused on the tech-infused world of Silicon Valley. (Turn to today’s front page for his story about Uber’s use of a worldwide program to evade law enforcement in places that resist its ever-growing services.)

But his trip to Dallas has had a lasting effect on him. “I appreciate when older, long-established structures seem to be open to change,” he said.

And Mr. Isaac’s story had another effect, too — for Mr. Travis. The once-intimidating security officer has earned a new nickname around the courthouse, and he proudly employed it in the signoff of his LinkedIn message: David “Brick House” Travis.