Home Business The Male Animal: Want to Quit Office Life to Work With Your...

Matthew Crawford, a senior fellow at the Institute for Advanced Studies in Culture at the University of Virginia and the author of the 2015 book “The World Beyond Your Head: On Becoming an Individual in an Age of Distraction,” sees good sense at work among those who leave office jobs for something more concrete-seeming. The reason? Much white-collar work has become similar to assembly-line work, comprising a series of mindless tasks.

“The most important distinction, whether you work with your hands or in an office, is whether the job involves using your own judgment or not,” said Dr. Crawford, who fabricates parts for custom motorcycles when he is not writing or researching. “You can’t have this separation from thinking to doing.

“In the assembly line, you dumb the work down to where everyone can do it. And the logic of separating thinking from doing has seeped into a lot of white-collar work, too. To remain engaged, you have to be using your mind, and that’s certainly true when you’re diagnosing a machine like a mechanic does. Nothing is really routine.”

By all measures, Evan Lundy was a success. After earning an undergraduate degree and a law degree at the University of Mississippi, he started working at the Jackson, Miss., office of a national firm handling bankruptcy cases for large banks. 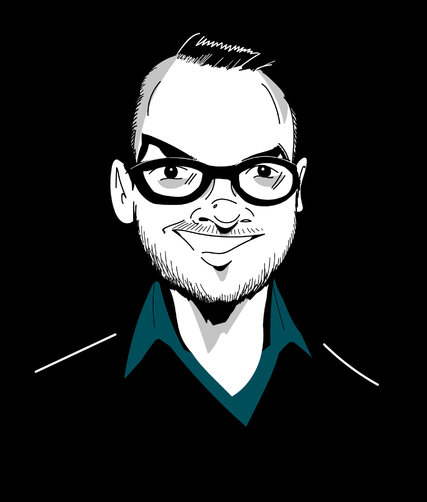 “I hang drapes,” said Evan Lundy, who used to work at a law firm.

The hours were long. Worried about deadlines, he said he rarely slept through the night.

“The repetitive practice of anything in the extreme leads to dissatisfaction,” Mr. Lundy said. “I think that is the killer for someone who is career minded — doing the same thing over and over, without hope of moving up to something bigger.”

In his dwindling spare time, he built things; for instance, a toy chest. Almost immediately after he posted a photo of it on Instagram, he sold it. He found himself spending more time making furniture and selling it on Etsy or around Jackson.

Mr. Lundy, 33, who had a wife and two children to support, believed he didn’t have the luxury to turn his hobby into something more until he ran into a childhood friend who built furniture and made custom curtain rods. After learning of Mr. Lundy’s passion and his longing to escape the office, the friend offered a solution: If Mr. Lundy could install drapery 50 percent of the time, he could earn enough money to devote the other half to building furniture.

Mr. Lundy made the break this past May. While his close friends and especially his wife understood, many at the law firm did not.

“I hang drapes,” Mr. Lundy said. “I make service calls. I go back and I build furniture. In high school, I would have never said that was what I would want to do, down the road. But as you mature, your priorities change.”

In the late 1990s, Kevin Tyschper heard the call of the “new economy.” He held positions in areas like “network planning” and “inventory management” at a series of corporations.

In 2007, Mr. Tyschper started going to culinary school in the evenings. This meant driving an hour from his home in suburban Naperville, Ill., to Chicago three nights a week for a year. The class lasted from 6 until midnight.

By 2009, he was spending more and more time baking. At first, he did it for family and friends. Then came a Facebook page and a website, and a business developed through word of mouth. Just when it seemed he would have to make a choice between his day job and his passion, the company that employed him left town.

He opened DeEtta’s Bakery in 2014. For the first two months, he said, it wasn’t uncommon for him work all-nighters, with days starting at 3:30 a.m., and 100-hour workweeks were often the norm. By his account, he has taken perhaps two days off in the last year.

“If you don’t like to work long hours, this is not the business to be in,” Mr. Tyschper, 43, said. “It’s constant movement. We make everything by hand here, too. It’s not like we pull something out of the freezer and bake it. You are kneading it, scaling things out, mixing things, deep-panning things, sheeting things. There are times at 6 or 7 at night when you finally sit down and you realize you haven’t sat down in 15 hours.

“But there are tangible results,” he continued. “When I developed a fiscal forecast, I didn’t always see those results. When I make a loaf of bread, I see the results. I can firmly taste those results.”

Landscaping, furniture building and baking can offer a counterpoint to the alienation that may come with many office jobs. Endless days at the computer often leave cubicle workers who were once go-getters giving into the cry of that clerk of yore, Melville’s Bartleby, whose motto was “I prefer not to.”

“It’s blue collar, but so what?” said Shawn Kelley, a 42-year-old stonemason in Portland, Ore. He had studied at the University of Hartford and worked as a graphic designer in Northampton, Mass., before being driven mad by the monotony of moving fonts around on a screen and designing restaurant menus.

“I was giving myself up all those years to this idea that graphic design was my only choice,” Mr. Kelley said. “I went to college for it. And it really emotionally brought me down.”

During a long drive in the New England countryside, Mr. Kelley stopped to admire a series of stone walls. He saw the effort that went into them. He liked the idea of taking heavy objects of different shapes and sizes and forming them into a cohesive whole. Soon after that epiphany, he began calling stonemasons, seeing if he might find work.

They warned him about the intense physical labor involved with carving stone and fitting it into place. But in 2005, he moved west for a full-time job in the field. Now his workday often begins at a quarry, where he selects what he needs to build stairways, walls and backyard sanctuaries.

While he finds great satisfaction in the job, Mr. Kelley is aware of the assumptions of those who believe that making a living with one’s hands is not as prestigious as office work. On a summer afternoon last year, Mr. Kelley had an encounter with a woman who complimented him on a job. After they had spoken for a moment, she said, as he recalled it: “‘You are really articulate for a laborer. Tell your boss he builds beautiful work.’”

“I stopped her and said, ‘Lady, I built this wall,’” Mr. Kelley said. “I had to explain to her that just because I have a broom in my hand right now doesn’t mean I didn’t go to college. The assumption there is that you didn’t have opportunity at some point so you are stuck in a blue-collar situation, that you aren’t smart enough.”

Mr. Schickel, the landscaper, knows that conversation, that look. But he said it stopped bothering him. “If I cared what everyone else thinks, I would still be at a blue-chip company and feeling unfulfilled,” he said.

Mr. Schickel allowed that there are challenges, both physical and financial. And because his job is seasonal, he’ll have to work construction over the winter.

“There are hard days when you are working labor and you hate it,” he said. “There is no way around it, and anyone who has ever worked labor will tell you that. But sometimes it’s nice to come home and your body is aching. You take a shower. You eat food as quickly as you can and you pass out. You wake up sore, and it’s nice. It really is.

“You will be working on a crisp fall day, and the leaves are changing, and you are outside and working hard, and then it’s lunchtime, and you grab your lunch and are lying in the grass, looking at the trees, and it’s a beautiful day and you think, ‘It’s worth it.’”