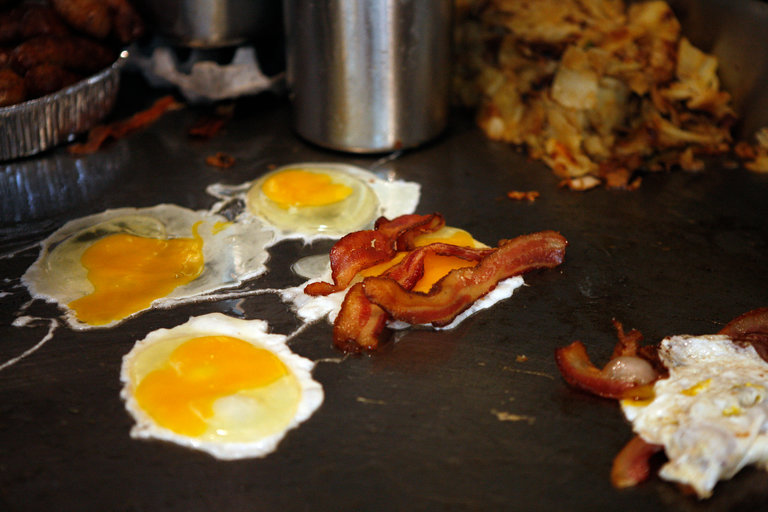 Our belief in the power of breakfast is based on misinterpreted research and poor studies.

I don’t eat breakfast. It’s not that I dislike what’s offered. Given the choice of breakfast food or lunch food, I’d almost always choose eggs or waffles. It’s just that I’m not hungry at 7:30 a.m., when I leave for work.

In fact, I’m rarely hungry until about lunchtime. So, other than a morning cup of coffee, I don’t eat much before noon. This habit has forced me to be subjected to more lectures on how I’m hurting myself, my diet, my work and my health than almost any other. Only a fool would skip the most important meal of the day, right?

As with many other nutritional pieces of advice, our belief in the power of breakfast is based on misinterpreted research and biased studies.

It does not take much of an effort to find research that shows an association between skipping breakfast and poor health. A 2013 study published in the journal Circulation found that men who skipped breakfast had a significantly higher risk of coronary heart disease than men who ate breakfast. But, like almost all studies of breakfast, this is an association, not causation.

More than most other domains, this topic is one that suffers from publication bias. In a paper published in The American Journal of Clinical Nutrition in 2013, researchers reviewed the literature on the effect of breakfast on obesity to look specifically at this issue. They first noted that nutrition researchers love to publish results showing a correlation between skipping breakfast and obesity. They love to do so again and again. At some point, there’s no reason to keep publishing on this.

However, they also found major flaws in the reporting of findings. People were consistently biased in interpreting their results in favor of a relationship between skipping breakfast and obesity. They improperly used causal language to describe their results. They misleadingly cited others’ results. And they also improperly used causal language in citing others’ results. People believe, and want you to believe, that skipping breakfast is bad.

Good reviews of all the observational research note the methodological flaws in this domain, as well as the problems of combining the results of publication-bias-influenced studies into a meta-analysis. The associations should be viewed with skepticism and confirmed with prospective trials.

Few randomized controlled trials exist. Those that do, although methodologically weak like most nutrition studies, don’t support the necessity of breakfast.

Further confusing the field is a 2014 study (with more financial conflicts of interest than I thought possible) that found that getting breakfast skippers to eat breakfast, and getting breakfast eaters to skip breakfast, made no difference with respect to weight loss. But a 1992 trial that did the same thing found that both groups lost weight. A balanced perspective would acknowledge that we have no idea what’s going on.

Many of the studies are funded by the food industry, which has a clear bias. Kellogg funded a highly cited article that found that cereal for breakfast is associated with being thinner. The Quaker Oats Center of Excellence (part of PepsiCo) financed a trial regarding consumption of oatmeal or frosted cornflakes (if you eat it in a highly controlled setting each weekday for four weeks), and found that only the no-breakfast group, which lost weight, experienced an increase in cholesterol.

Many studies focus on children and argue that kids who eat breakfast are also thinner, but this research suffers from the same flaws that the research in adults does.

What about the argument that children who eat breakfast behave and perform better in school? Systematic reviews find that this is often the case. But you have to consider that much of the research is looking at the impact of school breakfast programs.

One of the reasons that breakfast seems to improve children’s learning and progress is that, unfortunately, too many don’t get enough to eat. Hunger affects almost one in seven households in America, or about 15 million children. Many more children get school lunches than school breakfasts.

It’s not hard to imagine that children who are hungry will do better if they are nourished. This isn’t the same, though, as testing whether children who are already well nourished and don’t want breakfast should be forced to eat it.

It has been found that children who skip breakfast are more likely to be overweight than children who eat two breakfasts. But that seems to be because children who want more breakfasts are going hungry at home. No child who is hungry should be deprived of breakfast. That’s different than saying that eating breakfast helps you to lose weight.

The bottom line is that the evidence for the importance of breakfast is something of a mess. If you’re hungry, eat it. But don’t feel bad if you’d rather skip it, and don’t listen to those who lecture you. Breakfast has no mystical powers.

Correction: May 26, 2016
An earlier version of this article misstated the result of a study by the Quaker Oats Center of Excellence. It showed that a no-breakfast group had higher cholesterol levels, not that those eating oatmeal or frosted cornflakes had lower cholesterol levels or lower weight.