Instead, since that discovery in 2013, Ms. Rinehart and a younger brother, Patryk Hall, who also lives in Southern California, have been trading off monthslong stints at their parents’ home. With her father declining rapidly now, Ms. Rinehart has decided to stay for the duration.

Elder care was a responsibility Ms. Rinehart expected to shoulder, eventually. But she didn’t foresee having to leave her home for extended periods and to give up her job when she was just 46.

Researchers call this an “off-time event,” a normal experience that comes at a point when it’s not normal. Most family members caring for elders are over 55, the National Academy of Sciences reported last year, and the older people most likely to need “intensive support” from family are in their 80s or older.

Anyone can be suddenly pressed into family caregiving, of course: Ask those whose spouses have been injured in accidents or war zones, or parents of children with disabilities. But most of us don’t anticipate caring for our parents, or other older relatives, in our 30s or 40s.

“People aren’t really prepared to take on the responsibility then,” said Donna Cohen, a psychologist and gerontologist at the University of South Florida. “It comes when you’re still climbing to the summit in your own life.” 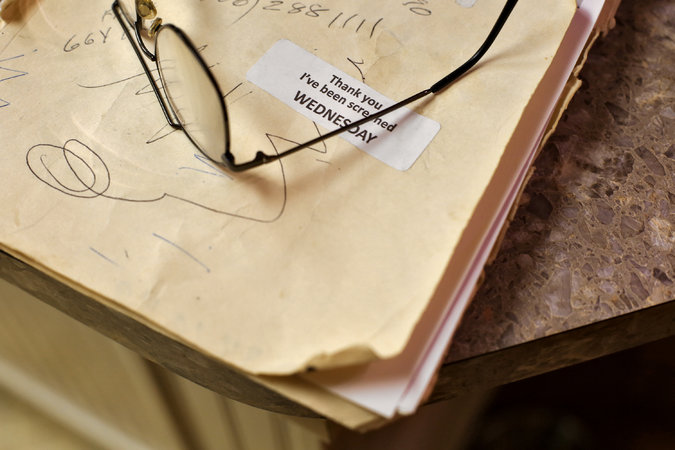 Medical records and eyeglasses on a counter at the home of Floyd and Gina Hall in March.

Yet a surprising proportion of those caring for older adults are younger. The National Academy of Sciences noted that of people providing care for family members over age 65 (excluding nursing home residents), nearly 15 percent were ages 20 to 44. Almost 24 percent were 45 to 54.

Beyond the challenges that caregiving brings at any age, these people face particular disruptions.

Among the youngest group, “what particularly concerns them is the negative impact on their pursuit of education,” said Feylyn Lewis, a doctoral candidate at the University of Birmingham in England, whose dissertation looks at 18- to 25-year-old caregivers.

Caregivers closer to midlife contend with pressures at work and sometimes have to reduce their hours, refuse promotions or retire early. Ms. Rinehart took a personal leave from her school, but when her absence exceeded the maximum number of months allowed, she resigned. “I loved my job,” she said wistfully. “I miss the kids.”

Younger caregivers may also have children at home. “They feel pulled,” said Carol Whitlatch, assistant director for research and education at the Benjamin Rose Institute in Cleveland. “They need to be there for their kids who are still dependent, and they have parents who are growing more dependent.”

Colleen Kavanaugh calls herself “the classic stereotype” of a caregiver, “the firstborn daughter who lives nearby and puts everything on hold.” In 2004, when she moved back into her parents’ home in Martinsville, N.J., she was newly divorced, with a 5-year-old son. Then 33, she planned to regroup, find another job and, within a few months, move out and resume her independent life.

But her mother learned she had breast cancer; after multiple surgeries and increasing disability, she died in early 2009. Then Ms. Kavanaugh’s father, who had been experiencing memory loss, was found to have Alzheimer’s disease and Parkinson’s disease.

When caring for him at home became too difficult, Ms. Kavanaugh moved him into assisted living and finally to a nursing home; he died in 2013. Along the way, while helping her son navigate school, Ms. Kavanaugh had to leave her job managing a marketing and design firm.

“I went seven years with no income, no 401(k), the loss of Social Security” contributions, she said. “It was a bitter pill.”

Perhaps the most jarring aspect of off-time caregiving, though, is the sense of becoming entirely out of sync with one’s peers.

Friends fall away after the umpteenth time a caregiver says no to a concert or cancels a dinner because of an emergency, or because of simple exhaustion. Caregivers report biting their tongues when agemates grouse about seemingly trivial problems, from disappointing vacations to home décor dilemmas.

“We are so isolated,” said Noraleigh Carthy, 50, who lives in Portland, Ore. She has spent four years caring for her partner, who has a degenerative muscular disease, while working part time and raising their 13-year-old daughter.

She looked into caregiver support groups, but felt she had little in common with their much older members. “It’s different when you’ve had your career, your chance to travel,” Ms. Carthy said. “I wouldn’t be so angry if I were retired and I’d already had the chance to live my life.”

Ms. Kavanaugh found that the people she grew close to, as her father moved into a dementia unit, were other women with parents there. “All my friends were in their 50s to 80s,” she said. “You don’t have contemporaries to confide in.”

At least she had confidantes. “One way to discharge anger and reduce stress is to be able to talk about it,” Dr. Cohen said. She worries about younger caregivers’ physical and mental health if they feel unsupported and too overwhelmed to take care of themselves.

Not one of these caregivers regrets undertaking the role. As Joseph Gaugler, a gerontologist at the University of Minnesota School of Nursing, points out, many caregivers take satisfaction in reciprocating their parents’ sacrifices and pride in doing a good job.

Patryk Hall, 49, may always remember the nights he and his father, both science fiction lovers prone to insomnia, sat up watching “Star Trek” and “Firefly” DVDs, fortified with blackberry cheesecake ice cream.

But off-time caregiving can also change your perspective for good. Though Bub Hall has long outlived his prognosis, he is faltering. Hospice care is probably not far-off, his daughter said.

After his death, Ms. Rinehart intends to bring her mother home to live with her and her husband in Southern California, where she’ll find another teaching job. At least, “that’s the plan,” she said. “But I’ve learned that you can’t expect things to go the way you think.”