Home Entertainment Tony Conrad Was Such a Good Minimalist, He Was Almost Forgotten

“It seemed to be the thing that drove almost everything: There was just an incredible resistance to authority,” the new documentary’s director, Tyler Hubby, said in a recent interview. “It got very deep, the idea of resisting these established institutionalized ideas. Why does it have to be that way? Why can’t we do something different? Why can’t we make something new or see something in a different way?” 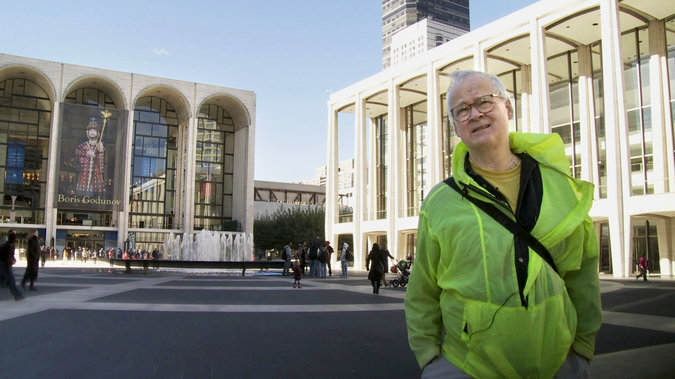 Mr. Conrad in the documentary “Completely in the Present,” directed by Tyler Hubby.

The musician MV Carbon, who often collaborated with Mr. Conrad, has organized a coming series of performances to honor the anniversary of his death, including concerts at Issue Project Room on April 7 and at Le Poisson Rouge on April 9. “He was the type of person that would make you question things,” Ms. Carbon said.

Mr. Conrad began asking questions on his arrival in New York in 1962, after studying mathematics at Harvard. He quickly found himself at the center of the downtown avant-garde. As part of Theater of Eternal Music, which played at the composer La Monte Young’s TriBeCa loft, he contributed the dry, astringent sound of his violin to the ensemble’s long-form drone improvisations, and his mathematical background provided the theoretical underpinnings of the group’s unconventional system of musical intonation. “The music was formless, expostulatory, meandering,” Mr. Conrad later recalled. “I found it exquisite.”

But he was also pushed in several radical directions: from Flynt, toward a leftist critique of institutional art as elitist and imperialist; from Smith, toward an understanding of emerging queer and camp aesthetics; from Cale, toward an immersion in the liberating sound of country music and rock. Mr. Conrad synthesized these perspectives into a worldview: The Theater represented a newly communal form of music-making that signaled the death of the traditional composer.

“I wasn’t interested in propagating the culture of musical composition as a professional undertaking,” Mr. Conrad recalls in Mr. Hubby’s film. “Whereas people like Philip Glass and Steve Reich and La Monte Young, they studied composition and wanted to be big composers. I wanted to end composing, get rid of it. I wanted it to die out.”

For decades, Mr. Young insisted that he would provide archival recordings of the Theater’s improvisations to Mr. Conrad and Mr. Cale only if they signed an agreement acknowledging that Mr. Young was the true author of their music. But for Mr. Conrad, the Theater — which he preferred to call the Dream Syndicate — was a radical project that dissolved hierarchies between composer, performer and listener.

“At their core,” he wrote, “these hundred or so recordings of Dream Music emblematically deny ‘composition’ its authoritarian function as a modern activity.”

In 1990, Mr. Conrad took his grievances public, reprising his early picketing moment by standing outside a concert by Mr. Young in Buffalo with a sign declaring “Composer La Monte Young does not understand ‘his’ work.”

Because the recordings were suppressed, Mr. Conrad’s role in the history of experimental music has remained largely unknown. Mr. Young is typically credited as the progenitor of musical Minimalism, and when institutions celebrate that style today — a frequent occurrence this season, with the recent 80th birthdays of Mr. Reich and Mr. Glass — it is fundamentally a commemoration of foundational composers and their influential aesthetic.

But accounting for Mr. Conrad explodes the notion of founding fathers entirely. As the art historian Branden W. Joseph writes in the illuminating study “Beyond the Dream Syndicate: Tony Conrad and the Arts after Cage,” Mr. Conrad’s work suggests that “the musical legacy of Minimalism was to put the institution of authorship into question.” Or, as Mr. Conrad says in the film: “One of the things that the music represented was the absence of the composer, and that we were, in effect, eliminating the composer as a structural element from the cultural agenda.”

In 1993, Mr. Conrad’s significance became more widely understood when the label Table of the Elements rereleased the harshly ascetic record “Outside the Dream Syndicate,” an obscure 1972 collaboration with the German krautrock band Faust. Mr. Conrad began touring again and soon embarked on a new project that he provocatively titled “Early Minimalism Volume 1”: a reimagining of the drone-based work of the Theater and a single-handed attempt to revise the history of Minimalism, free of Mr. Young’s domineering presence.

He recorded three new compositions, issued along with the grittily beautiful “Four Violins,” a private recording from 1964 and the only documentation of his work from that period outside of Mr. Young’s loft. In a long essay accompanying the album, Mr. Conrad lashed out against not only his contemporaries but also earlier figures of musical authority including Pythagoras and Jean-Baptiste Lully.

“By 1987, I realized that La Monte Young wanted me to die without hearing my music,” Mr. Conrad wrote. But in 2000, Table of the Elements acquired a low-quality tape of a 1965 Theater performance and decided to release it as “Inside the Dream Syndicate, Vol. 1.” Like the previous records, it clarified the centrality of Mr. Conrad’s buzzing violin to the drones of early Minimalism.

Mr. Young threatened legal action and denounced the recording in a 27-page statement on his website, writing, “I have taken the position all along for many years that I am the sole composer of the underlying musical composition on this recording.” (Other bootleg recordings of the Theater appear on YouTube and file-sharing sites.)

These releases became a source of cult fascination. “The music is that of a mathematician, absurdist troublemaker brainiac,” Mr. Rollins, who discovered “Early Minimalism” while living in the East Village in the 1990s, said in a recent interview. “He wanted you to come in, but he wanted to wreck you at the same time. Or break you open, so maybe you would be free.”

New portions of Mr. Conrad’s music are still being unearthed. The artist Cory Arcangel recently started a website cataloging “Music and the Mind and the World,” in which Mr. Conrad recorded everything that he played at the piano from 1976 to 1982. Over 200 hours of music — from haunting repetitions to Cagean silences to bits of ragtime — represent a compelling and critical artistic diary that Mr. Conrad called “an unpracticed encounter with the piano, the principal musical instrument of the West.”

Filmed over two decades, Mr. Hubby’s documentary eloquently captures Mr. Conrad’s plain-spoken tirades and irascible wit. His egalitarian ethos extended beyond music to his politically-charged experimental films, his teaching approach as a professor of media studies at the State University of New York at Buffalo, and even initiatives outside the realm of art: Among the public-access television shows he directed in Buffalo in the 1990s was the call-in program “Homework Helpline,” an attempt to serve underprivileged youth and draw their attention to the democratic potential of media.

At one point in the documentary, Mr. Conrad visits Lincoln Center, returning to the scene of his youthful protest. “When we started picketing this dump, it wasn’t nearly like this,” he says, ambling across the plaza. “They hadn’t even built this stuff yet. This is exactly how bad it goes: These institutions get embedded in cement.”

“I can’t stay here,” he adds, gazing back at the Metropolitan Opera. “It’s too depressing.”

An earlier version of this article misstated the circumstances at a screening of “Tony Conrad: Completely in the Present” in Los Angeles earlier this month. Henry Rollins did not introduce the film; he moderated a post-screening conversation. (Joanne Heyler introduced the film.)

An earlier version of a caption with this article misidentified a person seen in a 1965 photograph of the Primitives. He is Walter DeMaria, not Angus MacLise.