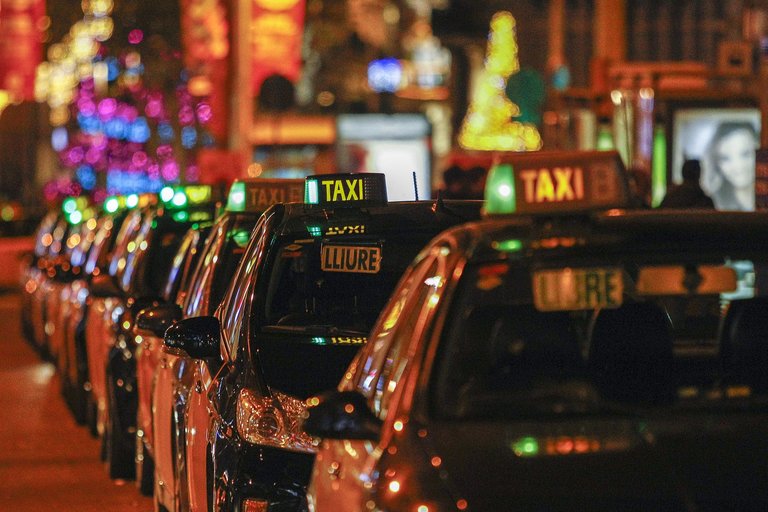 Taxis in Barcelona two years ago, when a judge based there banned Uber from operating in Spain. The case was referred to the European Court of Justice, where arguments began on Tuesday.

LUXEMBOURG — Uber asserted on Tuesday that it was helping to bolster Europe’s digital economy as part of its defense in a long-awaited hearing to decide how the popular ride-hailing service should be able to operate across the region.

The case at the European Court of Justice comes as the American company continues to push aggressively into overseas markets, often butting heads with local lawmakers and taxi associations that say the company flouts transportation and competition rules. Uber has expanded into more than 300 cities across six continents and has an estimated value of $68 billion.

Europe’s legal challenge represents a direct attack on how Uber operates in the region, one of its most important markets. It also raises questions about the company’s growth plans as it looks to expand beyond ride-hailing to food delivery and other online services.

In its defense at the hearing, the company framed itself as a new player in Europe’s often lackluster digital economy, offering users and drivers new ways to connect and helping to support cities’ existing transportation networks.

“Uber’s services can’t be reduced to merely a transport service,” Cani Fernández, Uber’s lawyer, told the Court of Justice during a lengthy session here that also included arguments from the European Commission, the executive arm of the European Union, and several European countries.

“The reduction of unnecessary barriers to information society services is critical in the development of the digital single market,” Ms. Fernández said, in reference to the commission’s goal to reduce national barriers that prevent Europeans from gaining access to e-commerce platforms, streamed television content and other online services.

At the heart of the European court case — a ruling is not expected until March, at the earliest — is whether Uber should be considered a transportation service or a digital platform, which acts independently to connect third-party drivers with passengers.

If the company is defined as a transportation service, it must comply with national laws that may restrict how Uber grows in Europe.

Yet if the judges rule the company is just an intermediary that connects drivers with passengers, legal experts say, Uber may gain greater freedom to offer more transportation, food delivery and other services to European consumers.

“We can’t allow for a business model to develop in Europe that could undermine the rights of consumers,” said Montse Balagué, a lawyer for the Spanish taxi association that filed the original complaint against Uber to a Barcelona-based judge in 2014. A year later, the same judge referred the case to the European Court of Justice to decide how to define Uber’s services — a ruling that will apply across the 28-member bloc.

“We must not be misled by labels,” said Ms. Balagué. “If there’s a transport service provided, then a company can’t hide behind a thin veil, calling itself a different service.”

Uber, founded in San Francisco in 2009, has faced legal problems on a number of fronts.

Several American states have taken legal action to question whether Uber’s drivers are independent contractors — as the company claims — or should be offered workers’ rights as employees.

On Tuesday, Uber received backing from several European countries, including the Netherlands, where the company has its European headquarters, as well as the European Commission, the executive arm of the European Union. In legal briefings to the court, lawyers for these countries and the commission stressed that the company could not be defined as a transportation service under European law.

Other countries, including Spain and France, sided with the Spanish taxi association, putting forward arguments that tried to connect Uber’s digital platform with traditional transport rules.

Several of the European judges also questioned Uber in the Tuesday hearing about its relationship with drivers and about who should be held responsible if a passenger were hurt.

Such consumer protection issues were not part of the original case referred from the Spanish judge but could form part of the final decision when it is made next year.

“What liability does the platform have?” asked Daniel Svaby, one of the European judges. “The customer doesn’t know the driver who will pick her up. What can a user do to protect herself from harm?”