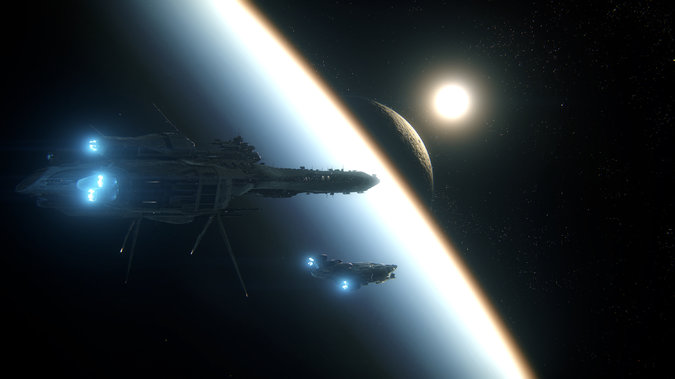 Yet the gigantic sum of money has created issues for Star Citizen, which began with a modest goal of raising $500,000 in 2012. As the dollars have mounted, the ambitions of Cloud Imperium Games have grown, and the game’s official release has repeatedly been pushed back. Some gamers have demanded refunds. One even filed a formal complaint with the Los Angeles County district attorney’s office last year.

“I’m already building the best game I can,” said Mr. Roberts, who acknowledged the bumps. “But imagine — the game I can build with $140 million is going to be very different to the one I could build with $10 million. If I can build a bigger and more robust experience, I will.”

Star Citizen’s tale highlights the promise and perils of crowdfunded video games, which have become increasingly popular in recent years. Video game creators have flocked to crowdfunding to make niche games for specific audiences of passionate fans and to interact with gamers earlier in development. Crowdfunding has helped spawn a revival of classic role-playing games like Baldur’s Gate and Divinity, which were popular in the late 1990s and early 2000s.

According to Eedar, a video game market research company owned by the NPD Group, about 30,000 successfully funded video game projects were on Kickstarter as of February, and more than $593 million had been pledged to them. 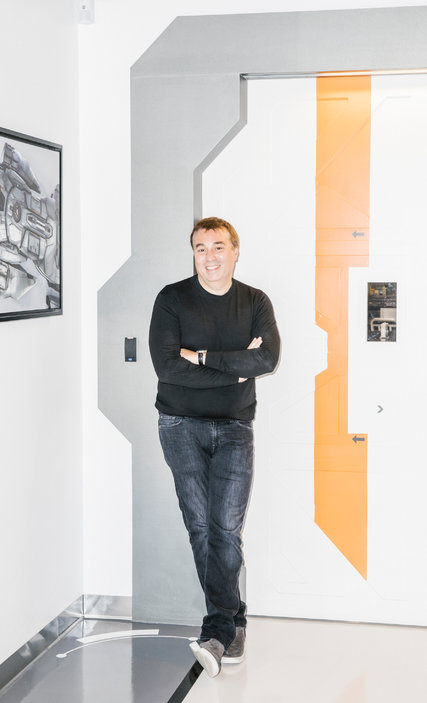 Chris Roberts, the founder of Cloud Imperium Games. “I love the idea that people can support a game that wouldn’t probably be made by a big studio,” he said.

Yet several prominent crowdfunded video games have failed to live up to expectations. Mighty No. 9, a game pitched by the developer Keiji Inafune as a “spiritual successor” to the classic Mega Man action series, raised $4 million, but was delayed several times before being released in 2016 to lukewarm reviews. In 2014, a first-person sword-fighting game called Clang that had raised $500,000 in crowdfunding was canceled when the developer failed to secure additional funding.

“Crowdfunding projects, even those from established developers, are not seen by consumers as a sure bet as they were five years ago,” said Patrick Walker, vice president for insights and analytics at Eedar.

Still, for players, giving money to help develop a video game like Star Citizen offers a way into exclusive content — as well as something more emotional.

“Investing in Star Citizen gives you the tantalizing pleasure of looking forward to a deferred enjoyment, a slow, continuous build that stretches out the anticipation and taps into the power of our imagination to fill out the details of its imaginary world,” said Frank Lantz, director of the New York University Game Center.

Cloud Imperium Games was founded in 2011 by Mr. Roberts, who has a long history in the video game business. He started making games as a teenager in England, and later gained renown with the Texas-based video game company Origin Systems, where he made the game Wing Commander. Released in 1990, the sci-fi spaceflight simulation game was a critical and commercial success and produced several sequels.

Mr. Roberts later left the games industry to focus on producing film and television projects in Los Angeles. Among other things, he directed the 1999 feature film version of Wing Commander, which starred Freddie Prinze Jr.

After thinking about making Star Citizen for many years, Mr. Roberts was inspired earlier this decade by the success of Minecraft, the hugely popular sandbox game from the Swedish game designer Markus Persson. Mr. Persson first released an alpha version of Minecraft in 2009 for a small sum of money, then used the proceeds to make adjustments and upgrades to the game. (Mr. Persson sold his video game company Mojang, which makes Minecraft, to Microsoft in 2014 for $2.5 billion.)

“I wanted to do the same thing, without having to deal with a big video game publisher,” Mr. Roberts said. “Star Citizen certainly doesn’t fit the blockbuster video game mold. I love the idea that people can support a game that wouldn’t probably be made by a big studio.”

The minimum donation to support the game was $5, but players couldn’t get a ship to play in the game until they had given at least $30. The highest donation amount was $10,000. Cloud Imperium Games said many people contacted the studio to ask about giving even larger amounts.

For Matthew Slattery, 18, a Star Citizen backer from South Australia, the idea of being able to play the game while it was still in development was a big draw. He has pledged about $100 to date.

“Getting to learn the process of game development, communicate with the developers and ask questions directly to the best in the field is a very rare opportunity,” Mr. Slattery said.

Clifford Zernicek, a 36-year-old designer from Houston, has pledged more than $15,000 to Star Citizen. He said he liked that the development of the game “isn’t behind closed doors, like normal publishers.”

For now, both donors are willing to wait for Star Citizen — even though its initial release of 2014 was pushed back to 2016, and has been pushed back again. It now has no set release date.

Even so, gamers know Mr. Roberts is adding more features to the game. Mr. Roberts said he was investing in film-level graphics for Star Citizen, as well as building an ever-increasing universe with multiple solar systems and planets for players to explore — all rendered in elaborate detail.

“Of course I have reservations about whether or not Cloud Imperium Games can meet their goals,” said Mr. Kearns, the web designer in Chicago. But he added that “after a few updates and patches, I considered my pledge money well spent and anything else that came from the game was a bonus.”