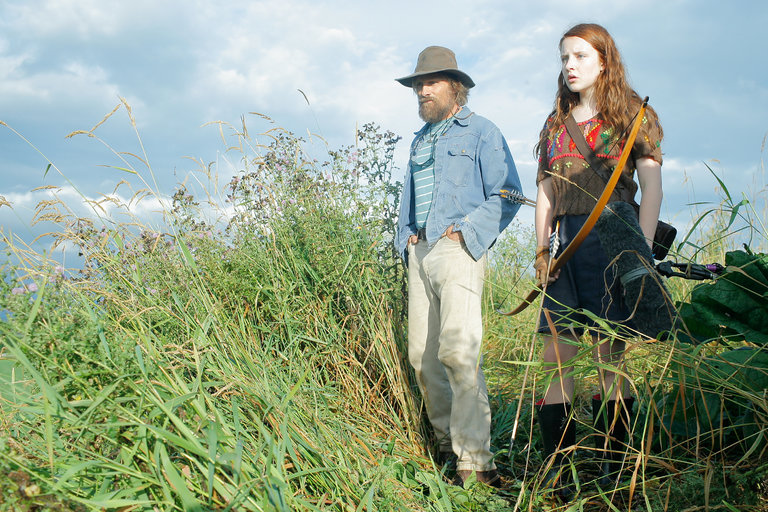 The Bagger was pretty amped to chat with Viggo Mortensen — even if it was by phone from Madrid, where he lives — because he’s just that cool.

Mr. Mortensen, a.k.a. Aragorn (in Peter Jackson’s “Lord of the Rings” trilogy), the dishiest king Middle-earth has known, was still flying high off the news that his movie “Captain Fantastic” won a surprise SAG Award nomination for best ensemble picture. Mr. Mortensen also landed a best actor nomination from the Screen Actors Guild (full alphabet soup name: SAG-Aftra), along with a Golden Globe nomination. All for the indie tale of a whip-smart bohemian family engaging with society after living off the grid.

First shown at the Sundance Film Festival, the film was released in the summer, and Mr. Mortensen told the Bagger he’s been doing Q and A’s for it all year. That soon became evident as the chat morphed into all A’s with the Bagger struggling to get in any Q’s. Verily, Mr. Mortensen is a talker. Here are some pared down excerpts:

Congratulations. Do you feel you’ve talked yourself out about this film?

We’ve been talking about this movie since January. It’s a lot more pleasant when there’s a passionate reaction, which there has been everywhere we’ve gone in the world. I’ve never done so many Q and A’s for a movie ever, but it was also necessary. It’s not like we have, I’m told, millions of dollars of ads out there. It’s been real person-to-person outreach. It doesn’t often happen when a movie like that becomes part of the conversation. I’ve been around long enough to know.

What do you think accounts for the reaction?

After Q and A’s and screenings, people hang around and they immediately start blurting out stuff about their own family and own society. Something in the movie struck a chord. It’s a family story very much for our time. In part because societies everywhere are so polarized, more so than they have been in years. There’s fear and mistrust. Socioeconomic clashes. And politicians have exploited it everywhere. The movie does speak to the problems of communication …

(Bagger attempts to get in a question, fails)

… communicating and listening to people that have different opinions. It’s just a really good movie. I’m not that objective, I suppose. But I really have felt that and been told by a lot of people. But it’s also a movie that encourages an audience member to examine their life and their ideas

I’ve heard you say that the movie should make you feel that everything you’re doing is wrong, at least for a moment.

I think any art that does that, that annoys you in a sense, and leaves you with lots of unanswered questions, encourages you to ask questions. It doesn’t tell you what to think. It’s full of surprises. Everything you think you know is politically slanted. Nobody is right all the time. If you’re talking about my character, he’s a man trying to find his balance, and he struggles with that. The journey is extremely well written and that’s what attracted me in terms of the character

Did you get to keep the red velvet suit?

I didn’t keep it. I actually showed up with a red suit. It was glaringly red. It felt too shiny. They found a better one.

What’s this about a hobbit reunion?

I’ve been corresponding nonstop with my fellow “Captain Fantastic” cast members since we made the movie. And since we were nominated for best ensemble, we’re going to have a big party and potluck dinner, and we’re going to make the most of the occasion at the SAGs and we’re going to have a high time. In addition, I asked a bunch of actors who played hobbits to get together before the Golden Globes. So it’s going to be a summit of crazy forest dwellers from different genres.