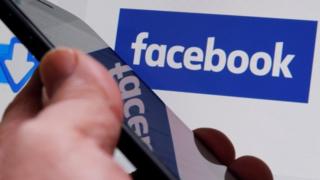 Virgin Media has admitted it was responsible for a fault that that prevented some of its broadband customers from being able to access Facebook.

The unusual glitch had also prevented use of Messenger and Instagram.

The telecoms firm had earlier pointed the blame at Facebook itself.

The issue started on Tuesday evening and Virgin had initially indicated it would take it longer to resolve than was ultimately the case.

“We have now investigated an issue which meant some Virgin Media customers were intermittently not able to access Facebook and Instagram,” a spokesman told the BBC.

“This was due to an interconnect router going down on Virgin Media’s network meaning that some of our DNS [domain name system] requests were not able to contact Facebook servers.

“Our fault has now been fixed and we apologise for any inconvenience caused.”

DNS refers to the internet’s address system, which converts www.facebook.com and other addresses into strings of numbers that allow users’ computers to connect to the servers behind specific sites and apps.

The fault had only affected some of Virgin Media’s broadband users and not those trying to connect via its mobile network, which relies on EE.

Virgin Media has 5.2 million customers in the UK, according to its owner Liberty Global.

The problem coincides with a report from the telecoms regulator Ofcom that said Virgin Media tied with TalkTalk as the broadband providers with the highest proportion of customers who had a reason to complain about their services in 2016.

However, the same study indicated that Virgin customers also enjoyed the highest level of overall satisfaction of the major providers.

This time round, however, many users took to Twitter to voice their frustration.