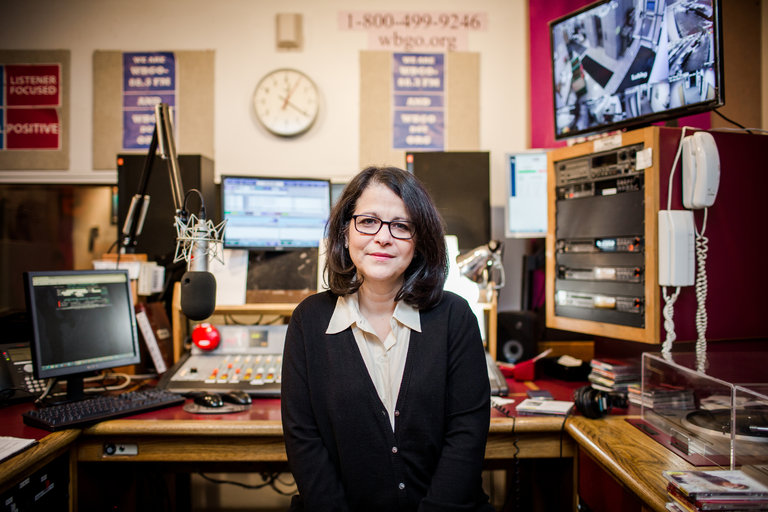 WBGO, the Newark public radio station, has long been one of the nation’s premier outlets for jazz on the air. Now it wants to be a destination for the music online as well.

Next week, the station will introduce a revamped website, featuring extensive commentary on jazz — its online presence to date has been minimal — and will also expand its partnership with NPR as that public radio network’s primary source of jazz content.

Along with these changes, the station has hired the jazz critic Nate Chinen as its director of editorial content. Mr. Chinen, who has been a regular contributor to The New York Times since 2005, will manage the editorial side of WBGO’s website; work on its signature program, “Jazz Night in America”; and join NPR’s stable of music commentators, online and on the air.

“This is a new age,” said Amy Niles, WBGO’s president and chief executive. “What we want to do is create a digital environment that is as potent and powerful as what people rely on us for on the radio.”

The changes at WBGO-FM (88.3) should have little influence on its on-air programming, which leans toward the giants of jazz history — think Miles, Coltrane, Billie — and is the second-highest-rated jazz station in the country, with a regular weekly reach of 375,000 people, according to Nielsen. (No. 1 is KKJZ in the Los Angeles area, with an audience of about 520,000.)

The changes should transform WBGO’s presence online at a time when jazz is enjoying a creative renaissance. The NYC Winter Jazzfest over the last week was one example of this energy; another is the popularity of younger artists like Kamasi Washington and Robert Glasper, who have pushed the boundaries of the genre and collaborated with stars like Kanye West and Kendrick Lamar.

“Jazz is now in an intensively creative and vital phase,” Mr. Chinen said. “I’m excited to bring some expertise and editorial focus into the digital realm, where there’s a dire need for jazz content that upholds high journalistic standards.”

WBGO, whose annual budget is about $5 million, already works with NPR and Jazz at Lincoln Center to produce “Jazz Night in America,” the expansive weekly show heard on nearly 200 radio stations around the country. WBGO will become NPR’s “voice of jazz,” Ms. Niles said. It will feed online content to the network, and Mr. Chinen will contribute to NPR on a national level.

Jazz has been a steady presence on NPR for decades, including shows like Marian McPartland’s “Piano Jazz.” But its presentation has experienced changes recently, including the end of NPR’s weekly show “JazzSet” and of its jazz blog, A Blog Supreme. The planning began about three years ago, when NPR took stock of its jazz coverage and decided to take advantage of its various broadcast and online platforms, said Anya Grundmann, NPR’s vice president for programming and audience development.

“This is the result of a huge commitment by both organizations to continue the legacy of jazz presentation and storytelling that we both have,” Ms. Grundmann said.

Through its stations, websites and podcasts, NPR reaches 56.5 million people each month, she added.

Among the other changes at WBGO is the addition of two weeks’ worth of on-demand streams for its broadcast shows. This kind of feature, along with online commentary and reviews, is now common for most major radio stations. But Ms. Niles said that the station had not been slow in adapting to the digital age.

“I don’t think we’ve been slow; we’ve been strategic,” Ms. Niles said. “Doing it in the way that we’re doing it now is something that we really wanted to be able to do right.”