For any woman who has ever touched her ear only to feel flesh where a diamond stud should be, pause and imagine this: The $12 million diamond necklace that Beyoncé wore was held together by a mere clasp — and clasps, as any jeweler knows, are prone to break. (Sensibly, she did remove the necklace when she performed.) 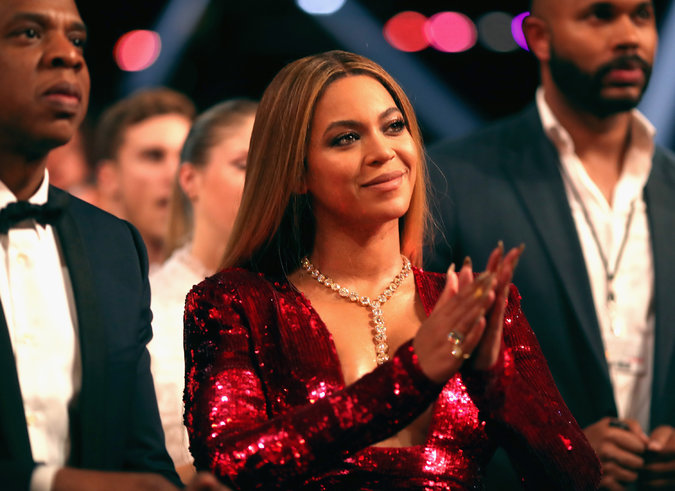 Beyoncé, wearing a diamond necklace reportedly worth $12 million, at the Grammy Awards this month in Los Angeles.

Whether borrowing or buying jewelry, protecting it requires thought — and can be costly.

Christy Scott Cashman, an actress and producer whose credits include “American Hustle” and “The Kids Are All Right,” said she had borrowed many ensembles, for entertainment galas, but also for soirees around Boston, where she lives.

“I’ve borrowed jewelry,” she said. “I’ll tell my stylist what the event is like and he’ll give me a couple of options.Then he’ll send along all of the accessories. He’s into accessorizing, so I always have something to think about.”

Her own jewelry, she said, is too nice to wear around town — even nicer than what her stylist proffers, so when she travels with it, she protects it as best she can.

For instance, on a trip to Los Angeles to attend a lifetime achievement celebration for the actress Shirley MacLaine, she wore her impressive emerald-and-diamond necklace on the plane.

“I took great pains to wear it and not pack it,” said Mrs. Cashman, who said that her husband, who owns a large construction company, had given it to her.

She added, “We got to the hotel and I said, ‘I’m not going to put it in the safe. That seems like an obvious place to look.’ So I hid it. I hid it so well that I couldn’t find it the next day.”

(She eventually found it, just not in time for the event.)

Yet, Mrs. Cashman’s thinking belies a fear many jewelry lovers have of traveling with their valuables. What might happen when they are apart from it?

Michelle-Marie Heinemann, a socialite and publisher of a magazine called Old Fashioned Mom, attended the Oscars 10 years ago with 12 pieces of jewelry that together were worth more than $1 million.

She was getting ready to go to a party before the Oscars and opened the room safe. “None of it was there,” she said. “I immediately started thinking it was in the luggage. Then I thought, ‘Did I forget it?’ I called my personal assistant, who was with me, and she said, ‘No, it was in the safe.’”

Her jewelry was insured and she was reimbursed for it. But to her, that wasn’t enough. “It’s so much more than the financial loss,” she said. “I was devastated. I didn’t enjoy my time there. These were pieces handed down to me, or from my husband and children.”

Since then, she has replaced her fancy luggage with basic Samsonite suitcases that have a hidden compartment for her jewelry, created by her carpenter and seamstress. “You can’t find it,” she said. “You’d have to take an ax and cut it open, which you couldn’t do because Samsonite is the hardest luggage in the world.”

Such extreme steps show the fear people with the finest jewels have. It may be misplaced.

Mark Galante, president of the Northeast zone and strategic alliances at Pure Insurance, said that most jewelry claims were for pieces that were lost or damaged — say, a stone fell out — not stolen in some brazen heist.

“As an industry, we get very few jewelry claims, period,” he said.

For most people, that exceeds the standard coverage in a mainstream homeowner’s policy for lost or stolen jewelry. “If your house burns down and you’re insured to $100,000, you’re going to get paid $100,000,” said Ed Charlebois, vice president for personal insurance at Travelers. “But if your house gets broken into and they steal your jewelry, you’re limited to $1,000 for basic coverage, as it pertains to jewelry.”

Separate policies for jewelry and other valuables take care of that. The most valuable pieces can be listed separately, while the other pieces can be lumped together under a policy that offers blanket coverage.

The cost for this coverage is 1 to 2 percent of the collection’s value, though insuring 10 $10,000 rings will cost less than one $100,000 ring since that could be more easily lost or stolen.

And there are tips to avoid having jewelry stolen — or hiding it so well that you can’t find it.

For one, insurers tell people that if they are staying in a hotel, it is best to put their jewelry in the hotel’s main safe, never in the room safe.

Safes in the home are not as safe as they might seem. For one thing, people often forget to lock up their jewels. And if they were robbed, the thief could compel the homeowner to open the safe and hand over the contents.

In the case of Beth Zuckerman, whose father worked in the jewelry business, the thieves simply picked up the safe in her Miami home and walked out the door last Memorial Day weekend.

“It was big and heavy, but not big and heavy enough,” she said. “I didn’t imagine two men could just walk out with it.”

She said that Pure Insurance paid the claim and the thieves were caught. But she recovered only a dozen of about 150 pieces.

In another unusual claim that Ms. White said she handled, the thieves were drilling a safe for so long that heat and dust set off a fire alarm. She said the thieves stopped drilling, waited for the fire engines to leave and then finished the job.

Episodes like this show why people who have truly exquisite and valuable pieces can get a discount on their insurance by getting vault insurance – as in, putting the jewelry in a bank vault. The rates for this type of insurance are a small fraction of the rates charged for keeping such jewelry in a home. Mr. Galante said the cost dropped to 0.2 percent of the piece’s value.

But vault insurance has its drawbacks. Diane Schoeman, 70, was given a nearly 20-carat diamond ring on her 20th wedding anniversary. That was 15 years ago and she wore it every day for over five years.

Then her husband, Michael, who worked in the clothing business, wanted to cut insurance costs in retirement. The ring now resides in a bank vault. The insurance is about $3,000 a year for that one ring.

Mrs. Schoeman said she was allowed to take it out only three times a year. Any more and the insurance company charges her more. She misses wearing it all the time.

“I take it out for my birthday, my anniversary, or when I’m traveling to Paris or Italy,” she said. “I also have a copy that was made, but I hate it. It’s actually a good copy. It’s platinum, real baguettes, but the stone looks dull.”

Therein lies the trade off between security and happiness.