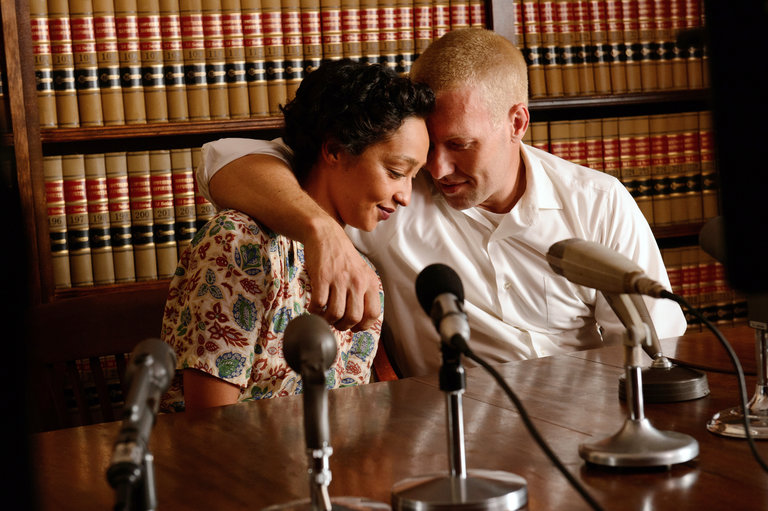 See the performance that earned Ruth Negga an Oscar nomination in “Loving,” about a landmark civil rights case. Or get your jollies from amusing partnerships in “The Nice Guys” and “Ghostbusters.”

LOVING (2016) on iTunes and Amazon. Ruth Negga, a newly anointed Oscar nominee, plays Mildred Loving, and Joel Edgerton is her husband, Richard, in Jeff Nichols’s fictionalized account of the interracial couple whose battle for the right to have their marriage recognized in 1950s Virginia went to the Supreme Court. Ms. Negga’s performance is “a revelation,” Manohla Dargis wrote in The New York Times, noting the startling effect of the film’s “insistent, quotidian quiet” as it imagines the historical figures “as they once were, when they were people instead of monuments to American exceptionalism.” She added: “It was, the movie insists, the absolute ordinariness of their love that defined them, and that made the fight for it into an indelible story of this country.”

AMERICANO (2012) on Mubi. After his mother’s death, a young Frenchman (Mathieu Demy, the son of the filmmakers Agnès Varda and Jacques Demy, who also directs here) returns to the Los Angeles house where he spent his childhood with her, only to find himself drawn into corners of her life that he knew nothing about. Incorporating scenes from Ms. Varda’s 1981 “Documenteur,” in which Mathieu Demy plays a small boy named Martin, this film is something of a sequel. “It is wistful and nostalgic, and at the same time full of restless curiosity,” A. O. Scott wrote in The Times.

THE MARY TYLER MOORE SHOW 6 a.m. on SundanceTV. The network pays tribute to Ms. Moore, who died on Wednesday, with a marathon of the show’s final season.

GHOSTBUSTERS (2016) 9 p.m. on Starz. This new “Ghostbusters” is a lot like the old one, except that it stars Melissa McCarthy, Leslie Jones, Kate McKinnon and Kristen Wiig. And while no one performance dominates, Manohla Dargis wrote in The Times, Ms. McKinnon’s nerd goddess embodies Paul Feig’s new “Ghostbusters” at its best: “Girls rule, women are funny, get over it.”

THE PLAYER (1992) 9:45 p.m. on TCM. The production manager (Tim Robbins) at a Hollywood studio fends off a young genius (Peter Gallagher) rumored to be his replacement while at the same time becoming a suspect in the murder of a screenwriter, partly for having fallen in love with the dead man’s girlfriend (Greta Scacchi). It’s part of a Robert Altman lineup in tribute to Lily Tomlin, the recipient of this year’s Screen Actors Guild Life Achievement Award. “The Late Show” leads in at 8; “Nashville” follows at midnight.