Home Lifestyle Health & Fitness Where Even Nightmares Are Classified: Psychiatric Care at Guantánamo

When Dr. Rosecrans worked briefly at the Navy’s hospital at Guantánamo as a young psychiatrist in 1999, it was a sleepy assignment. She saw only a few outpatients each week, and there was no psychiatric ward on the base, which was being downsized.

But after Al Qaeda’s 2001 terror attacks on New York and the Pentagon, and the subsequent American-led invasion of Afghanistan, detainees began pouring into the island in early 2002 — airplane loads of 20 to 30 men in shackles and blacked-out goggles. “We were seeing prisoners arriving with mental problems,” said Capt. Albert Shimkus, then the hospital’s commanding officer.

There were no clear protocols for treating patients considered to be “enemy combatants,” rather than prisoners of war, said Captain Shimkus, who is now retired. But he set out, with the tacit support of his commanders, to provide a level of care equivalent to that for American service members. He transformed a cellblock into a spartan inpatient unit for up to 20 patients and brought in Navy psychiatrists, psychiatric nurses and technicians to be available around the clock.

Many of them had little or no predeployment training, experience working in a detention facility or familiarity with the captives’ languages, cultures or religious beliefs. They soon heard talk of the threat the prisoners posed.

“The crew that was there before us scared the heck out of us,” said Dr. Christopher Kowalsky, who as a Navy captain led the mental health unit in 2004. He and Dr. Rosecrans said colleagues had admonished them for getting too close to patients. “‘Don’t forget they’re criminals,’” she was told.

Those arriving in later years attended a training program at a military base in Washington State. “You heard all these things about how terrible they are: Not only will they gouge your eyes out, but they’ll somehow tell their cohorts to go after your family,” said Daniel Lakemacher, who served as a Navy psychiatric technician. “I became extremely hateful and spiteful.”

Peering through small openings in cell doors, he and other technicians handed out medications, watched prisoners swallow them and ran through a checklist of safety questions — “Are you having thoughts of hurting yourself?” “Are you seeing things that aren’t there?” — through interpreters or English-speaking detainees in nearby cells. (“Talk about confidentiality!” Dr. Davidson said. “It’s just a whole other set of rules.”)

Conflicts arose between health professionals aiding interrogators and those trying to provide care. Army psychologists working with military intelligence teams showed up in 2002 and asked to be credentialed to treat detainees. “I said no, because they were there for interrogations,” Captain Shimkus said.

In June of that year, Maj. Paul Burney, an Army psychiatrist, and Maj. John Leso, an Army psychologist, both of whom had deployed to Guantánamo to tend to the troops, instead were assigned to devise interrogation techniques. In a memo, they listed escalating pressure tactics, including extended isolation, 20-hour interrogations, painful stress positions, yelling, hooding, and manipulation of diet, environment and sleep.

But they also expressed caution. “Physical and/or emotional harm from the above techniques may emerge months or even years after their use,” the two men warned in their memo, later excerpted in a Senate Armed Services Committee report. They added that the most effective interrogation strategy was developing a bond.

Over 10 years, medical personnel at Guantánamo struggled to understand the psychiatric problems of Ramzi bin al-Shibh, who has admitted helping plan the Sept. 11 attacks and was tortured in C.I.A. prisons. 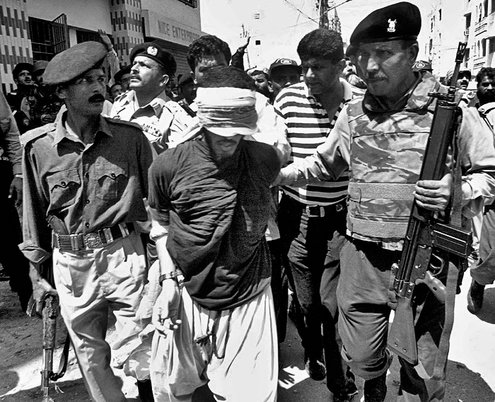 A version of the memo, stripped of its warnings, reached Defense Secretary Donald H. Rumsfeld. In December 2002, he approved many of the methods for Guantánamo, some of them similar to the “enhanced interrogation techniques” used by the C.I.A. at secret prisons overseas. After objections from military lawyers, he made some modifications but gave commanders license to use 24 techniques. Some of them later migrated to military prisons in Afghanistan and Iraq, including Abu Ghraib, where they morphed into horrific abuses.

“I think it was the absolute wrong way to proceed,” Dr. Burney, who has not previously commented publicly, said of the approved techniques. “I so wish I could go back and do things differently.”

He and Dr. Leso created the Behavioral Science Consultation Team, or BSCT (pronounced “biscuit”), to advise and sometimes rein in military interrogators, many of them young enlisted soldiers with little experience even interviewing people. The interrogators subjected some detainees at Guantánamo to loud music, strobe lights, cold temperatures, isolation, painful shackling, threats against family members and prolonged sleep deprivation, according to the Justice Department’s inspector general.

The government has never quantified how many prisoners underwent that treatment. In four cases, military leaders approved even harsher interrogation plans. At least two were carried out.

Dr. Burney said he and Dr. Leso took turns observing the questioning in 2002 of Mohammed al-Qahtani, who was accused of being an intended hijacker in the Sept. 11 attacks and, it later emerged, had a history of psychosis. Among other things, he was menaced with military dogs, draped in women’s underwear, injected with intravenous fluids to make him urinate on himself, put on a leash and forced to bark like a dog, and interrogated for 18 to 20 hours at least 48 times, government investigators found.

Mr. Qahtani was led to believe that he might die if he did not cooperate, Dr. Burney said in a statement provided to the Senate committee. When Mr. Qahtani asked for a doctor to relieve psychological symptoms, the interrogators instead performed an exorcism for “jinns” — supernatural creatures that he believed caused his problems.

In 2009, a Department of Defense official overseeing military commissions refused to prosecute Mr. Qahtani, telling The Washington Post that his mistreatment had amounted to torture. In 2012, a federal judge found Mr. Qahtani incompetent to help challenge his detention.

Those providing mental health care at Guantánamo quickly aroused the suspicions of some prisoners, who called them devils, criminals and dogs.

“Nobody trusted them,” said Lutfi bin Ali, a Tunisian who was sent to Guantánamo after being subjected to harsh conditions at what he described as an American jail overseas. “There was skepticism that they were psychiatrists and that they were trying to help us,” he said by phone from Kazakhstan, where he was transferred to in 2014. He still suffers intermittently from depression.

Dr. Davidson, who treated prisoners at Guantánamo during part of 2003, recalled the hostility. “I can tell the guy until the cows come home, ‘Hey, I’m just here for mental health,’” he said. “‘No, you’re not,’” he imagined the patient thinking, “‘you’re the enemy.’” 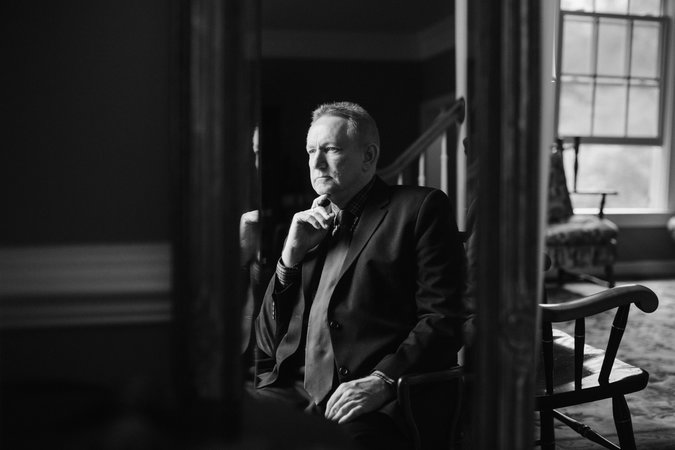 Dr. Christopher Kowalsky, who was in charge of the mental health unit in 2004, said detainees had begged him not to record their diagnoses. “They’re going to use that” in interrogations, they told him.

One day on the cellblocks, Dr. Rosecrans heard detainees warn others that she could not be trusted. “Some of my patients hated me,” she said. “They saw me as a representative of the government.”

She and other clinicians who felt uncomfortable walking around the prison grounds relied mostly on guards to identify detainees who needed help and to take them to an examination room, where they would be chained to the floor.

Interpreters were in such short supply at times that they worked with both the mental health teams and the interrogators. “See where that could be a problem?” Dr. Rosecrans asked.

All of that fed the conviction among detainees that information about their mental health was being exploited by interrogators. “If you complain about your weak point to a doctor, they told that to the interrogators,” said Younous Chekkouri, a Moroccan, now released.

He recalled seeing one psychologist working alongside interrogators and then treating detainees at the prison. Only years later, he said, did he feel he could trust certain psychiatrists there. He said he still suffered from flashbacks and anxiety after being beaten at a military prison in Afghanistan, and kept in isolation and shown execution photos at Guantánamo.

Captain Shimkus, who oversaw patient care, said some clinicians had expressed concerns about the blurred lines between medical care and interrogation. He said he had allowed one psychiatrist, who was disturbed by the lack of confidentiality, to temporarily recuse himself from caring for patients because the doctor believed “the patient-physician relationship was compromised.”

The United States Southern Command told health care providers at Guantánamo in 2002 that their communications with patients were “not confidential.” At first, interrogators had direct access to medical information. Then, the BSCT psychologists acted as liaisons.

They regularly read patient records in the psychiatry ward, said Dr. Frances Stewart, a retired Navy captain and psychiatrist who treated detainees in 2003 and 2004. As a consequence, she said, “I tried to document just the things that really needed to be documented — things like ‘the patient has a headache; we treated it with Tylenol’ — not anything terribly sensitive. It was not a perfect solution, but it was probably the best solution I could come up with at the time.”

Dr. Kowalsky, a psychiatrist, said patients had begged him not to record their diagnoses. “They’re going to use that,” some detainees told him.

The International Committee of the Red Cross, during a June 2004 visit, documented the same complaint. Medical files, the group said in confidential remarks revealed in The Times, were regularly used to devise strategies for interrogations that it called “tantamount to torture.” Interrogators’ access to medical records was a “flagrant violation of medical ethics.” The Pentagon disputed that the records were used to harm detainees.

Dr. Kowalsky said he clashed with a BSCT psychologist, Diane Zierhoffer, who showed up in the psychiatric unit to look at patient records in 2004. (Dr. Zierhoffer, in an email, said her intent in accessing records had been to “ensure health care was not interfered with.”)

“We’re here to protect our country,” he said she had responded, later asking: “Whose side are you on?”