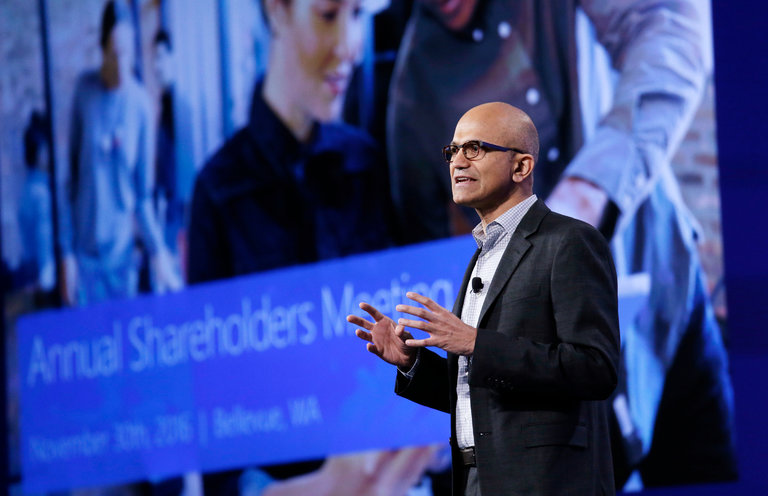 Satya Nadella, chief of Microsoft, at a shareholders meeting in Bellevue, Wash., last month. He has made a series of smaller deals that have shown positive results.

SEATTLE — Microsoft announced on Thursday that it had completed its $26.2 billion acquisition of LinkedIn, the social network for professionals.

There are ample reasons to be skeptical that the deal, the biggest by far in Microsoft’s history, will pay off.

First, the company has not had a great track record with this sort of thing. Two of Microsoft’s largest acquisitions — the digital advertising firm aQuantive and the mobile unit of Nokia — were disappointments that eventually led to the company writing off nearly the entire value of the deals, more than $13 billion in all.

And Microsoft is not the only big company that has ended up wasting money on acquisitions. In fact, decades of research by academics and consulting firms have shown that from 60 to 80 percent of mergers and acquisitions end up destroying, rather than creating, shareholder value.

“Mergers go on anyway, even though there’s not much evidence they work out,” said Jeffrey Pfeffer, a professor of organizational behavior at the Stanford Graduate School of Business. “Everybody believes they are going to be different.”

Still, the Microsoft of 2016 is different from the unfocused giant of the past that lurched from deal to deal with wild-eyed ambitions of catching rivals like Google and Apple. It has a new chief executive who has made a series of smaller deals that have shown positive results. The company’s stock is trading at record highs.

In a joint interview shortly before their deal closed, Satya Nadella and Jeff Weiner, the chiefs of Microsoft and LinkedIn, described how they intended to make the acquisition work, where many before had failed. “In this case, this is the most substantial, big M&A that Microsoft has done in its history,” Mr. Nadella said. “So the stakes are absolutely high.”

A key difference in the way Microsoft has approached the deal is the degree of independence it plans to give LinkedIn. It will not weave LinkedIn, which is based in Silicon Valley, into one of its existing product lines, nor will it treat it like a disconnected business. Mr. Weiner will remain LinkedIn’s chief executive.

“Neither one of us is a Pollyanna,” said Mr. Weiner. “We both know that acquisition integrations are challenging.”

A good model inside Microsoft is the company’s $2.5 billion purchase in 2014 of Mojang, the developer behind Minecraft, which has continued to grow under Microsoft’s ownership, retaining key employees along the way. Mr. Nadella and Mr. Weiner said they had also looked to Facebook’s success in acquiring companies like the photo-sharing service Instagram, while granting them autonomy.

“I absolutely think of LinkedIn as our Instagram,” Mr. Nadella said.

Both men said that expanding the business of LinkedIn, which has more 470 million members, was what they cared most about. Microsoft will use its sales and distribution muscle to do just that.

The company’s executives on Thursday will outline plans to integrate the professional identity people have on LinkedIn with Microsoft Outlook and the rest of the Office suite. LinkedIn members will be able to draft résumés in Word to update their LinkedIn profiles.

So determined was Mr. Nadella to get off on the right foot that he emailed an unusual request to Mr. Weiner a few days after the announcement of their deal in June. He asked Mr. Weiner to take the lead on an integration team responsible for merging their two companies, a responsibility that normally falls to an executive at the acquiring company.

Microsoft and LinkedIn have spent much of the last six months — as the proposed deal went through regulatory reviews — getting to know each other.

In a series of meetings the companies called “learning days,” teams of Microsoft employees from the Seattle area flew to LinkedIn’s headquarters in Silicon Valley to talk about what’s going on with Microsoft research, engineers, sales and other areas. LinkedIn employees flew to Microsoft to do the same.

A Microsoft rival, Salesforce.com, raised objections with European antitrust regulators, saying the deal would hurt competition. In the end, the Europeans greenlighted the deal after Microsoft made a series of minor concessions.

About 10,000 LinkedIn employees will join Microsoft. David B. Yoffie, a professor at the Harvard Business School who has done studies on LinkedIn and Microsoft, said one of the greatest challenges in making the deal work would be retaining talent.

“Critical in any merger of this type is, it’s made a lot of people very rich,” he said. “Will they stay?”

Mr. Weiner, for one, said he was committed to LinkedIn.

“I’m in my dream job, and the combination with Microsoft provides that much more opportunity to realize what it is we set out to do here,” he said. “So I’m not going anywhere.”